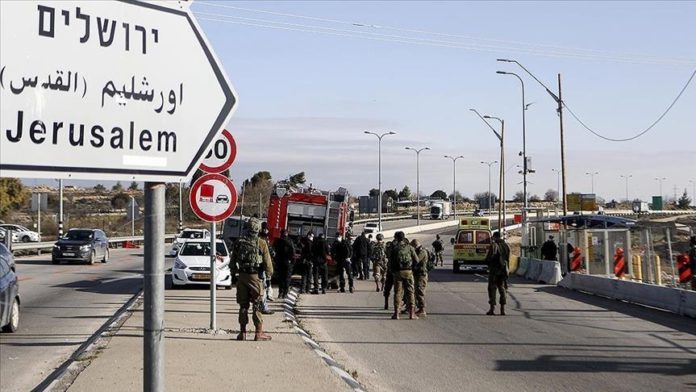 Kosovo’s decision to open an embassy in Jerusalem in accordance with the agreement signed with Israel on the establishment of diplomatic relations sparked mixed reactions from the public.

Also, Kosovo recognizes Jerusalem as the capital of Israel.

Some argued that Kosovo should never open an embassy in Israel, while others said every step could be taken in the interests of the country.

“Israel is occupied land, which is in fact Palestine. Israel is a state created by the US. Therefore, we accept the opening of the embassy in neither Jerusalem nor Tel Aviv,” said Beqiri.

Sejdi Halimi emphasized that the decision of his country to open an embassy in Jerusalem was taken by the Kosovo government and the US, so the people’s word has no meaning.

“You can ask the whole of Kosovo, but when the Kosovo government and the US decide, place the flag there. There is no other way,” said Halimi.

Ilir Zeqiri, on the other hand, argued that the response of the EU was “unfounded”.

“I think Kosovo should look at its national and strategic interests and open its embassy where it has more interests,” Zeqiri said.

Syle Hoti said the people of Kosovo and Israel have a good history.

“Instead of opening the embassy in Israel, it is necessary to pay attention to the development and welfare of the citizens,” said Hoti.

Kosovo will be the third country to open an embassy in Jerusalem after the US and Guatemala.

The establishment of relations between Kosovo and Israel was preceded by agreements on the normalization of relations reached in recent months between the Jewish state and four Arab countries, the United Arab Emirates, Bahrain, Sudan, and Morocco.

Kosovo’s ambassador to Israel will be Ines Demiri.

Last September, former US President Donald Trump had announced that the leaders of Serbia and Kosovo, who met at the White House, reached an agreement to normalize economic ties between the two counties.

*Talha Ozturk from Belgrade contributed to this report.