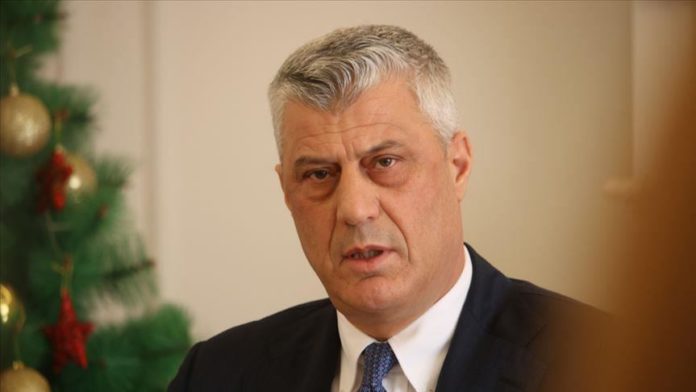 The police raided the house in the capital Pristina the day after Thaci announced Thursday at a news conference that he has resigned from office after a war crimes indictment prepared by the Kosovo Special Prosecutor in The Hague was accepted by the court.

The operation started in the early morning and the searches in the house are still continuing.

Kosovo media reported that police raids were also carried out on the houses of former Parliament Speaker Kadri Veseli and former commander of the Kosovo Liberation Army Recep Selimi.

Veseli, Selimi, and former Kosovar Parliament Speaker Yakup Krasniqi had been placed in the detention center in The Hague.

The Kosovo Special Prosecutor’s Office reported that operations were conducted throughout the country with the support of the Kosovo police and EU Kosovo mission (EULEX).

Krasniqi was detained Wednesday in a joint operation organized by the Kosovo Special Prosecutor’s Office, EULEX, and Kosovo police.

The office filed an indictment on June 24 against Thaci and Veseli on the grounds that they had committed “crimes against humanity” and “war crimes” during the 1998-99 war with Serbia.

While it was alleged that those mentioned in the indictment were responsible for the deaths of 100 people, it was reported that the suspects were also charged with war crimes such as murder, exile, and torture.