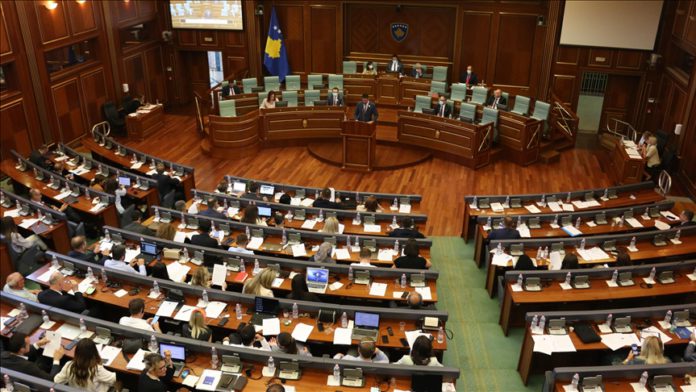 Kosovo’s parliament on Wednesday adopted a resolution condemning the 1995 genocide and other human rights violations in Srebrenica.

The resolution expressed sympathy and deep sorrow over the massacre of more than 8,300 Bosnian Muslims by Bosnian Serb forces that attacked a UN “safe area” in Srebrenica in July 1995.

It also conveyed condolences to the families of the victims, who were mercilessly targeted despite the presence of Dutch peacekeeping troops.

Any public and deliberate denial of the genocide in Srebrenica, with the aim of denigrating the victims and covering up the motives for the crimes committed, will be strongly condemned, read the resolution.

“The Serb forces of the Army of Republika Srpska (VRS) carried out a massacre in Srebrenica and its surroundings for several days, when over 8,000 women, men, and children were killed,” it said.

The resolution called on the government and other state institutions to declare July 11 as the Day of Remembrance of the Srebrenica genocide.

It also urged additional efforts to bring to justice all those responsible for planning and committing the genocide.

Kosovo’s Prime Minister Albin Kurti said the adoption of the resolution was a “noble and correct move.”

He said Kosovo is preparing a lawsuit against Serbia over the massacre, stressing that the genocide against the Bosnian Muslim community must be punished so that it would not be repeated.

“Those who do not admit guilt and do not apologize are deeply convinced that they were right,” said Kurti.

The UN Security Council declared Srebrenica a “safe area” in the spring of 1993. However, Serb troops led by Gen. Ratko Mladic, who was later found guilty of war crimes, crimes against humanity and genocide, overran the UN zone.

About 15,000 Srebrenicans fled to the surrounding mountains, but Serb troops hunted down and killed 6,000 more people.