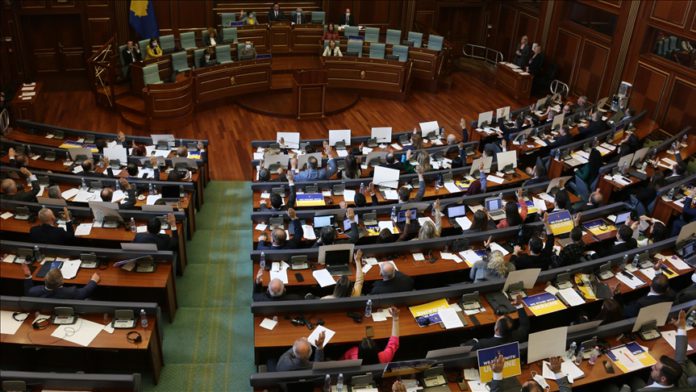 The Kosovo government on Monday decided to expand its sanctions against Russia.

Additional sanctions have aligned Kosovo with the new sanctions of the EU and US.

At a session chaired by Kosovo Deputy Prime Minister Besnik Bislimi, the government decided to include freezing the assets of sanctioned persons, banning their travel and the movement of their assets outside of Kosovo.

Deputy Foreign Minister Kreshnik Ahmeti said the sanctions are aimed at increasing pressure on the Russian government and economy and limiting the Kremlin’s sources of “military aggression against Ukraine.”

Kosovo is the first country in the Western Balkans region to join the EU and US sanctions on Russia.

Top diplomats of the EU gathered in Brussels to discuss the latest developments about the ongoing Russia-Ukraine war that started on Feb. 24 and the bloc’s support for Western Balkan countries.

During a two-day meeting, the ministers will also continue the talks on the sixth sanctions package against Russia proposed by the European Commission last week, which includes highly divisive plans on imposing an oil embargo.

In the Western Balkan region, North Macedonia, Kosovo, and Albania have also joined the EU and US sanctions on Russia. Serbia said it supports the territorial integrity of Ukraine but refrained from imposing sanctions.

The international community has reacted to Russia’s war on Ukraine with fury. Besides the sanctions which exclude Russia from international payment system SWIFT, the EU is also supplying Ukraine with weapons, has shut airspace for Russian airlines, and banned Russian state-run media.