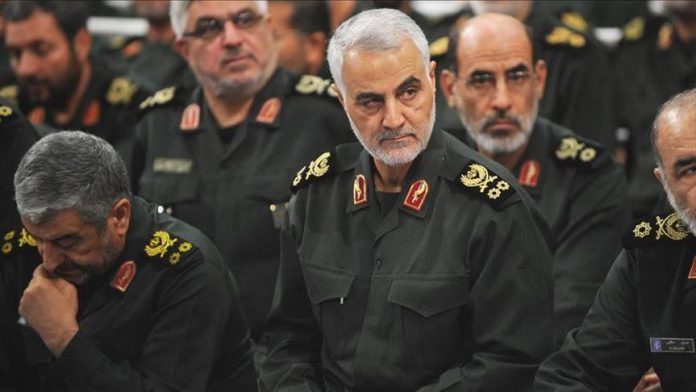 The assassination of a top Iranian commander by the U.S. has put neighboring Afghanistan in a precarious situation to walk a tight rope of neutrality between Tehran and Washington.

Many hours after Qasem Soleimani, the commander of the Iranian Revolutionary Guards Corps’ (IRGC) Quds Force, was killed in a U.S. airstrike in the Iraqi capital Baghdad, the Afghan government issued a carefully crafted statement aimed at maintaining friendly relations with Tehran as a neighbor and working ties with Washington as its strategic partner.

Although the Pentagon has charged Soleimani and his Quds Force of being responsible for the deaths of hundreds of American and coalition service members and the wounding of thousands more, Iran’s Supreme Leader Ayatollah Ali Khamenei has warned that “severe revenge awaits the criminals who have stained their hands with his & the other martyrs’ blood”.

Besides deep-rooted historic and cultural ties, Iran and Afghanistan share a long land border, around 920.5 kilometers (572 miles) in length.

Expressing concerns over escalating tensions in the region, President Ashraf Ghani said in a statement that Afghanistan is closely monitoring the situation and is determined to maintain good bilateral and multilateral ties with all countries of the world. The statement said that during the telephon conversation with Secretary Pompeo, President Ghani stressed upon not using Afghan soil against any third country or for any other regional conflict.

Ghani’s power-sharing Chief Executive Abdullah Abdullah has expressed regret over the assassination of the slain Iranian general, and said: “Afghanistan, as a victim of terrorism and violence, calls for de-escalation in tensions in regional and international relations, and hopes that the recent events will not negatively affect the situation and the cooperation of our friends and allies in Afghanistan.”

Spokesman for the country’s National Security Council, Javid Faisal, told Anadolu Agency that Afghanistan is committed to maintain its neutrality. “We assured our respectful citizens and all of our neighbors that in line with the Bilateral Security Agreement with the U.S., the soil of Afghanistan would not be used under any circumstances against any foreign country”, he said.
Fatemiyoun connection

The Iranian general was known for establishing the Fatemiyoun division of the IRGC, comprising mainly of Afghan Shia immigrants to Iran to fight alongside government forces in the Syrian conflict.

A number of key former anti-Taliban Northern Alliance commanders and political figures hailed Soleimani as a heroic figure in fight against Daesh/ISIS and extremism.

Mohammad Mohaqiq — an ethnic Shia-Hazara politician and deputy chief executive officer of Afghanistan — has condemned the killing of Soleimani.

Muhib Ullah, a defense and security expert, believed the Soleimani’s assassination is likely to cause panic in the region, and said: “It is likely to affect Afghanistan as well, but the likely effects are not going to be frightening for Afghanistan or for the peace process between the U.S. and the Taliban.”

There were no immediate reactions from the Taliban on this key regional development in Afghanistan’s neighborhood. But a former Taliban-era official Syed Akbar told Anadolu Agency that the spillover impact of Soleimani’s assassination is not a major threat for Afghanistan.

Soleimani’s killing came as the U.S. and Taliban are engaged in rejuvenated, yet fragile peace process in the Qatari capital Doha.

About 14,000 U.S. troops are currently stationed in Afghanistan, according to The New York Times.

Washington awaits feedback from the Taliban delegates busy in consultation with their leaders in Pakistan over likely ceasefire or at least some sort of reduction in violence in Afghanistan ahead of the next round of talks, sources close privy to these talks told Anadolu Agency.