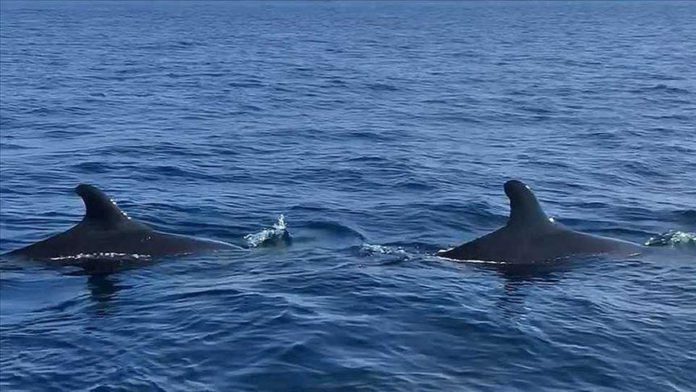 An orca whale that was spotted swimming in the Seine river last week is in poor health now, maritime experts said on Friday.

Commonly known as the killer whale, the 4-meter-long (13-foot) orca was first spotted on May 16 in Normandy. Evidently swimming in via the English Channel, it was seen initially at the Pont du Normandie, the road bridge that links the coastal cities of Le Havre and Honfleur.

Since then the whale has traveled many kilometers, most recently being spotted near the French city of Rouen, where officials reported that its dorsal fin is bent.

“It is a sign of bad health for orcas,” Nicolas Ampen of the French Office for Biodiversity in Normandy told TF1 television.

Officials from the Cotentin Cetacean Study Group (GECC) said the whale is currently in a degraded state of health and they are making efforts to assist it in reaching its natural environment – the ocean.

Cetaceans are marine mammals classified as a whale, dolphin or porpoise.

Saying this is not an easy task, GECC President Alexandre Gannier explained: “You have to have experience, a lot of skill. People who do not know cetaceans cannot do this kind of operation.”

Gannier said that his organization and he aim to guide the orca out of the Seine with “great gentleness and a lot of patience” and will do so in cooperation with state and maritime authorities.

If the whale is left to languish in the strait, it will die, he warned.