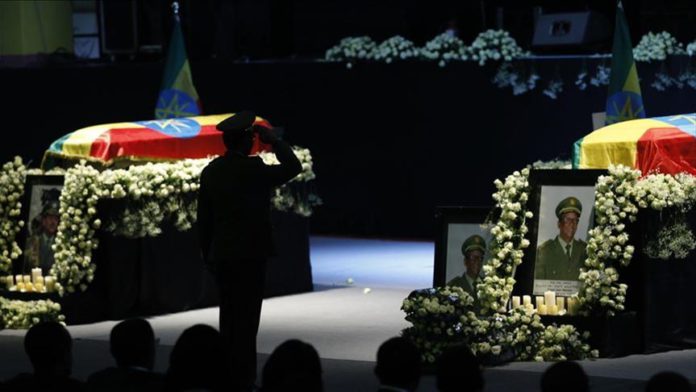 Mesafint heard his sentence handed down to him by the country’s anti-terrorism and constitutional affairs bench of the high court on Monday.

Two years have passed since the death of Gen. Se’are, then-chief of staff of the Ethiopian National Defense Forces.

The assassination occurred in June 2019 on the return of Se’are from the Western city of Bahir Dar, the capital of the Amhara State, which had earlier seen other high-profile assassinations.

No specific motive was established for the reason of the killing but the general had been sent to Bahir Dar to quell what could have been a spiraling situation after regional top officials were assassinated. The Amhara assassination came amid an internal power struggle.

In the same month of 2019, during the political upheaval in the country, a renowned Oromo singer and activist, Hachalu Hundessa, was also murdered, one of the events that led to the imprisonment of several Oromo activists and politicians.

Monuments, to be inaugurated this week, have been erected in Addis Ababa both for the general and the artist.

In April 2018, Prime Minister Abiy Ahmed came to power at the heels of three-year anti-government protests, particularly in the Oromia and Amhara regional states.

Since then, there have been political upheavals in many parts of the country leading to violent killings and displacements of hundreds of thousands of people.