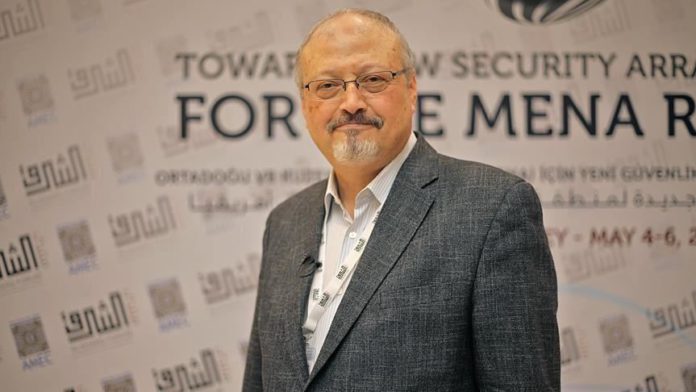 Rupert Colville, spokesman for Office of the United Nations High Commissioner for Human Rights, was asked by Anadolu Agency if the UN would condemn the Saudi court’s decision, which UN investigator Agnes Callamard said was a “parody of justice” and spared “high-level” plotters.

“This was a very severe and gruesome crime, a horrendous crime,” said Colville. “This is a case where there hasn’t been proper transparency in the justice process and clearly those responsible should be prosecuted, and, and given sentences commensurate with the crime.”

He said that in such cases, “very lengthy jail sentences” would be appropriate.

“But there’s a whole issue of transparency in the conduct of the case, which Callamard has gone into in considerable detail.”

The 59-year-old columnist for The Washington Post was killed and dismembered by a Saudi operatives group shortly after he entered the country’s consulate in Istanbul, Turkey on Oct. 2, 2018.

On Monday, the Riyadh Criminal Court commuted death sentences, and handed down prison terms of up to 20 years to the accused, who were pardoned by the journalist’s family. They were sentenced to death last year.

“The Saudi prosecutor performed one more act today in this parody of justice. But these verdicts carry no legal or moral legitimacy,” tweeted Callamard, the UN special rapporteur on extrajudicial executions.

“The five hitmen are sentenced to 20 years imprisonment, but the high-level officials who organized and embraced the execution of Jamal Khashoggi have walked free from the start — barely touched by the investigation and trial,” Callamard said in another tweet.

“As for the individual responsibility of the person on top of the State, the Crown Prince Mohammed bin Salman, he has remained well protected against any kind of meaningful scrutiny in his country.”

Callamard stressed that Monday’s decision should not relieve the pressure on governments to bring true criminals to light, and cited especially the five permanent members of the UN Security Council.

Callamard, however, welcomed the death penalty being commuted.