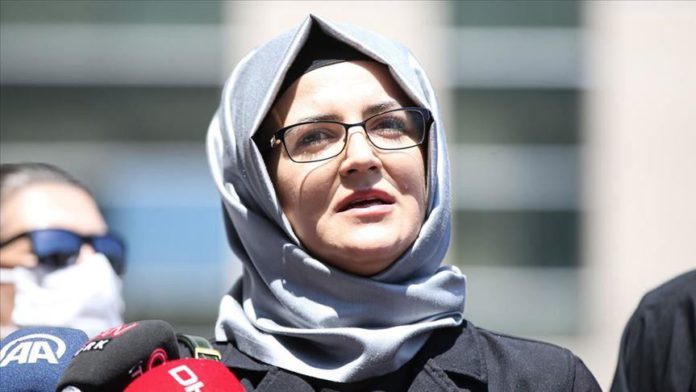 Hatice Cengiz, the fiancee of slain Saudi journalist Jamal Khashoggi, called on world leaders Thursday not to participate in this year’s G20 summit in Riyadh.

In an article in The Washington Post on the eve of the second anniversary of Khashoggi’s murder, Cengiz recalled that Saudi Arabia will be hosting the 15th annual summit of leaders of the Group of 20 economies in November.

“The most logical thing for world leaders to do today — the best punishment for the Saudi crown prince right now, even if it comes too late — is not to attend this virtual summit,” said Cengiz in her piece titled “We have been deprived of Jamal Khashoggi’s voice. But his silence says it all.”

She was referring to Crown Prince Mohammed bin Salman, who likely ordered the killing of the journalist, according to reports by the UN and other independent organizations.

“This would be a way to avoid giving any additional legitimacy to the current Saudi administration that bears the responsibility for this murder and is still managing to escape its consequences,” she added.

Khashoggi, a columnist for The Washington Post, was killed and dismembered by a group of Saudi operatives shortly after he entered the country’s consulate in Istanbul, Turkey on Oct. 2, 2018.

His body was never recovered.

The summit will be held virtually on Nov. 21–22 and chaired by King Salman.