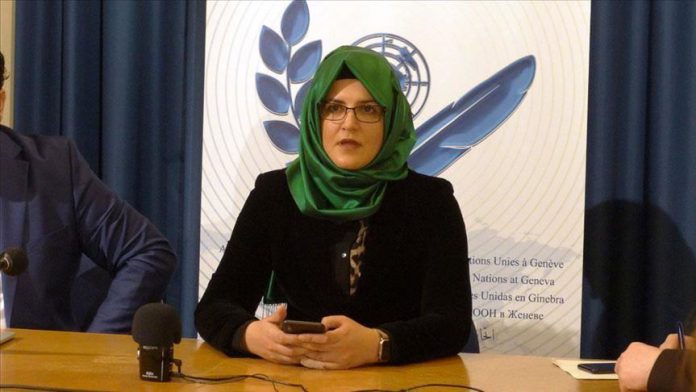 The fiancee of slain journalist Jamal Khashoggi on Monday urged the United Nations and the European Union to launch an international investigation into his murder “to prove their legitimacy.”

Hatice Cengiz, a Turkish researcher and activist, spoke at a press conference titled “500 days after the killing of Saudi journalist Jamal Khashoggi” organized by the Geneva Association of United Nations Correspondents (ACANU).

Cengiz spoke of a report by the UN Special Rapporteur on extra-judicial killings, Agnes Callamard, which had found “credible evidence” after Khashoggi’s killing 17 months ago to further probe Saudi officials, including Crown Prince Mohammad bin Salman.