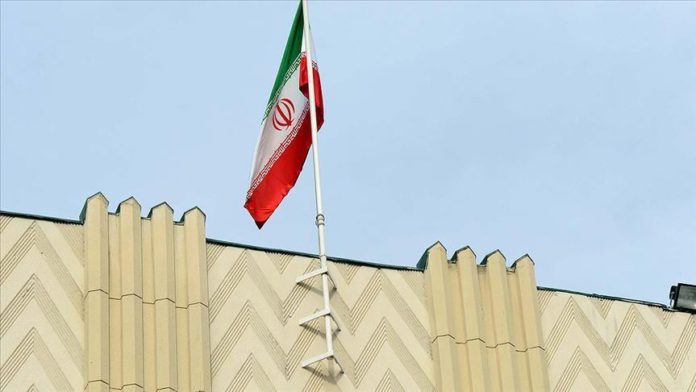 Iranian Supreme Leader Ali Khamenei’s representative in Azerbaijan has backed the country against Armenia, in a move that contradicts with Iran’s official stance on the conflict between the two former Soviet nations.

In a video statement published by the Iranian Embassy in Baku, Ojaq Nejad Agha said Iran stands with Azerbaijan over the disputed region of Nagorno-Karabakh.

“Karabakh belongs to Azerbaijan… occupiers (Armenia) are aggressors,” the envoy said in the statement given in Azeri language.

He maintained that Iran “has and will stand by Azerbaijan”.

The envoy’s statement was in a clear contrast with Iran’s official stance on the conflict as the government of Hassan Rouhani has stopped short of backing any side over the region.

Observers believe that the statement by Khamenei’s envoy could lead to a shift in Iran’s official position regarding the Nagorno-Karabakh conflict.

Relations between Azerbaijan and Armenia have been tense since 1991 when Armenian military illegally occupied the Upper Karabakh, or Nagorno-Karabakh region, an internationally recognized territory of Azerbaijan.

Four UN Security Council and two UN General Assembly resolutions as well as decisions by many international organizations refer to this fact and demand the withdrawal of the occupying Armenian forces from Upper Karabakh and seven other occupied regions of Azerbaijan.

The conflict between the two former Soviet nations flared up in recent days when Armenian forces targeted Azerbaijani civilian settlements and military positions.

Iran has urged both sides to exercise restraint and resolve the issue through dialogue and diplomacy.

Iranian Foreign Minister Javad Zarif said in a statement on Sunday that Tehran was “closely monitoring the alarming violence in Nagorno-Karabakh”.

Iran’s Foreign Ministry also said on Monday that Tehran “cannot tolerate the continuation of a military conflict” on its borders, after reports that three mortar shells had landed in the border region of Khoda-Afarin in northwest Iran.

However, despite officially maintaining a neutral stance on the conflict, Iran has traditionally been seen tilted towards Armenia with which it has shared warm diplomatic ties.

With Azerbaijan, Iran’s relationship has been complex. The two neighbors have showed interest in bolstering ties only in last few years after more than three decades.

An important reason for a turnaround in in relations between Tehran and Baku, experts say, is the strategic location of Azerbaijan, as it links Iran with Turkey and Russia over land.

Pertinently, Iran has a sizeable Azeri minority, mostly living in northern parts of the country, which constitute roughly a quarter of Iran’s population.