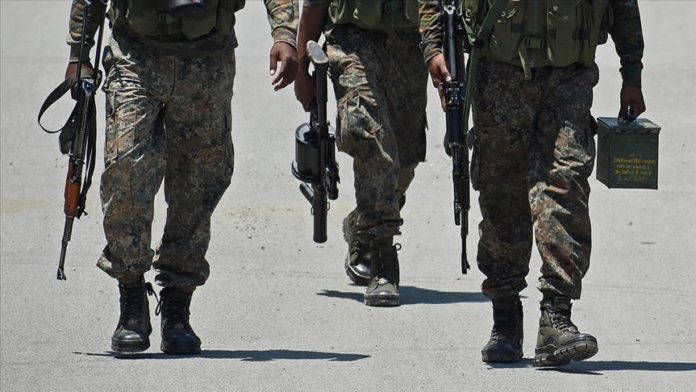 Pakistan’s military on Sunday claimed to have killed a key militant commander along with his three accomplices near Afghanistan border, describing it a major breakthrough in ongoing security operations against suspected terrorists.

“In a major breakthrough, terrorist commander Ihsan Ullah alias Ihsan Sanray along with 3 other terrorists killed during an Intelligence Based Operation today in Ghariom, Shaktu near the inter district boundary of North and South Waziristan, ” army spokesman Maj. Gen. Babar Iftikhar said in a series of tweets.

The deceased commander, he said, was mastermind of numerous terrorist activities.

“More recently he was involved in planning and execution of terrorist attacks in Shaktu area, which led to martyrdom of several soldiers & officers including Lt. Nasir (Shaheed), and Captain Sabih (Shaheed), ” Iftikhar said, referring to killing of two army officers in a recent militant attack in North Waziristan.

North Waziristan – once dubbed the heartland of militancy – is one of seven former semi-autonomous tribal regions in Pakistan where the army has conducted a series of operations since 2014 to eliminate Tehreek-e-Taliban Pakistan (TTP).

Successive operations have pushed the TTP towards neighboring Afghanistan, and Islamabad claims the terrorist network has now set up bases across the border to attack Pakistani security forces.

The military operations also displaced over a million people, but the government claims most of them have returned to their homes.

In 2018, the tribal agencies were given the status of districts, and merged with the Khyber Pakhtunkhwa province.