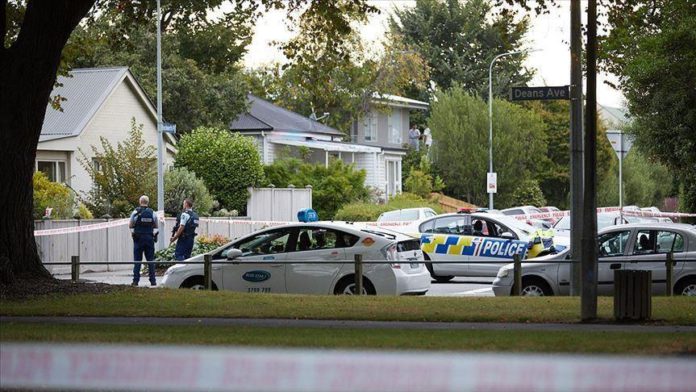 The findings of New Zealand’s royal commission probing the 2019 mosque attacks in Christchurch were made public on Tuesday.

Compiled in 20 months, the nearly 800-page report contains some key conclusions and recommendations, including that “there was an inappropriate concentration of counter-terrorism resources on the threat of Islamist extremist terrorism” before the March 15, 2019 attacks.

It found “only very limited resources” dedicated to understanding other terrorist threats in the period up to when Brenton Tarrant, a 29-year-old Australian white supremacist, attacked two mosques in Christchurch, killing 51 and wounding dozens of others.

The incident sent shockwaves around the world, with Prime Minister Jacinda Ardern introducing stricter gun-control laws, as well as other measures. After the report’s release, she announced that the government agreed “in principle” to implement the commission’s 44 recommendations and called for cross-party support in doing so, according to the New Zealand Herald daily.

The results of the inquiry, released in 10 parts over four volumes, noted that the Australian-national terrorist, Brenton Tarrant, who carried out the attack was a “lone actor” who committed the terror attack, adding that he did not “need to involve or rely upon others in order to carry out his plans.”

“The terrorist, the individual [Tarrant] attempted to maintain operational security for a sustained period and was able to fund his activities with his own resources,” it said, adding that he had planned and prepared for the attack over the previous years.

It held that even if “substantial additional resource” had been dedicated to other threats including from the extreme right-wing, it would have been “very unlikely” that the terrorist’s activities would have been discovered by the relevant counter-terrorism bodies, which it said were operating “largely independently and in parallel.”

Finding that the only information about the terrorist available to public agencies was an email he sent to the country’s Parliamentary Service right before the attack, it said the body had

Nonetheless, it said the service had “acted appropriately,” though there had been no interactions on the matter with other public bodies, noting that no other information had been available that could have alerted officials of the incident beforehand.

“There was no failure in information sharing between the relevant Public sector agencies,” said the report.

The terrorist was driven by an “extreme right-wing Islamophobic ideology. Its purpose was to promote chaos and disharmony in New Zealand,” said commissioners William Young and Jacqui Caine in the report.

“This purpose failed. In the days, weeks, and months that followed, New Zealanders united around those affected and spoke out against racism, extremism, and extremist violence. There was a period of national reflection about our shared values, our collective lives, and what it means to live in New Zealand,” they added.

It asked the government to direct relevant public bodies and non-governmental organizations, including those concerned with immigration, law enforcement, and justice, among others, to work together to “facilitate coordinated access to ongoing recovery support” for those affected.

Tarrant — who arrived in New Zealand in 2017 and lived in Dunedin city — was sentenced to life in prison without the possibility of parole in the first such ruling ever handed down in the country, this year in August.