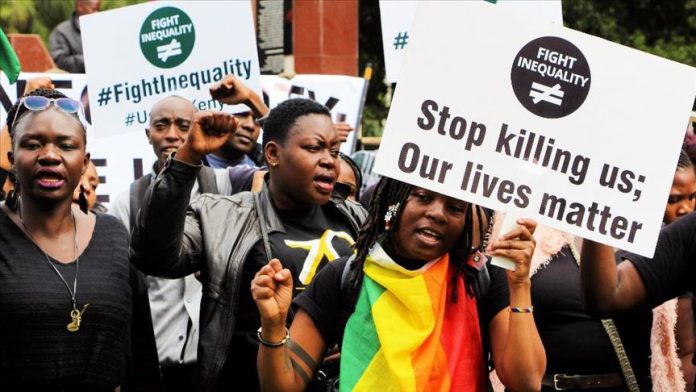 Kenyan citizens on Friday took to the streets of the capital Nairobi against inequality in the country.

Traffic along the busy Uhuru Highway came to a standstill as the placards-holding protesters marched.

The marchers were protesting against inequality in income, education, unemployment rates, gender-based bias, healthcare and access to clean water for drinking among many others.

The protest is part of a global protest against inequality carried out in 30 countries to coincide with the World Economic Forum in Davos, Switzerland.