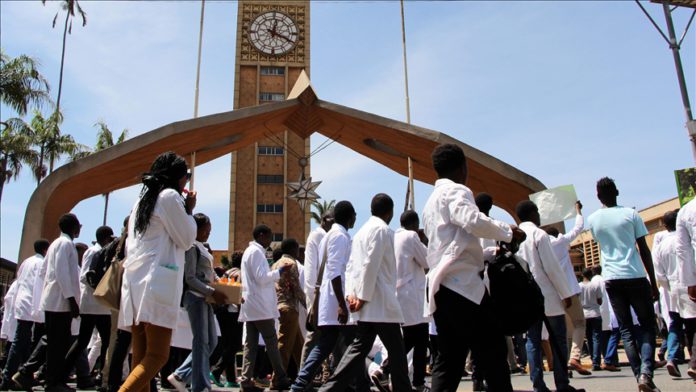 The Kenyan government on Wednesday sacked 86 doctors for their refusal to resume work amid an ongoing strike since December.

Chibanzi Mawachonda, secretary general of the Kenya Medical Practitioners and Pharmacists and Dentist’s Union (KMPDU), a doctors association, was among those dismissed.

Speaking to Anadolu Agency by phone, Mawachonda said: “[…] It is illegal, it is an uncalled-for position, we condemn it strongly but more importantly is that it denies the residents of Mombasa treatment from the ailments that they suffer from and the county government should come to its senses and resolve the matters as opposed to firing the doctors.”

After talks with the government in late December over salary and lack of protective gear, many doctors resumed work. However, some refused saying that their issues remained unresolved.

The sacked doctors have vowed to take the government to court.

The country’s health care system is facing further pressure from nurses who have similar grievances and are also striking since early December.

The Kenyan Health Ministry has so far registered 1,694 fatalities and 97,398 infections from the coronavirus.