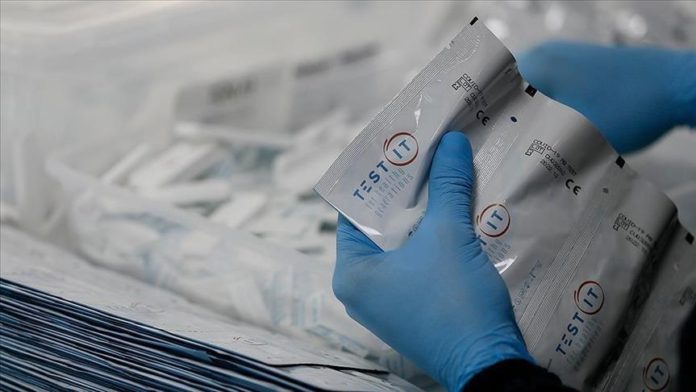 Health authorities in Kenya confirmed four more COVID-19-related deaths and new 552 infections Thursday amid a second wave of the pandemic and a strike by healthcare workers.

“Unfortunately, four patients have succumbed to the disease, bringing the cumulative fatalities to 1,618,” Kenya’s Health Ministry tweeted in an update.

The new infections — 529 Kenyans and 23 foreigners — were confirmed among 7,013 tests for the virus in the last 24 hours, bringing the tally of confirmed infections to 93,405, the ministry said.

The ministry also confirmed 596 more recoveries from the virus, bringing the tally of recoveries so far to 74,999.

The labor action is continuing despite an order from the Employment and Labor Court to temporarily suspend the strike for 14 days and return to work on Wednesday, The Standard local news website reported Thursday.

“This to allow negotiation before mentioning virtually the case on Dec. 30 to see if parties are able to agree on this single issue which should not bar the respondents and counsel for the first and fourth respondents’ members from rendering service,” The Standard quoted the court’s ruling as reading read in part.

However, Kenya Union of Clinical Officers (KUCO) Secretary-General George Gibore stressed that the ongoing strike was on the grounds of safety at hospitals.

KUCO officials claimed that the court order does not apply to the current strike, saying it is related to a strike notice issued on Oct.19.

“We later issued another strike notice on issues of safety at the workplace for healthcare workers which cannot be equated to the previous strike notice,” Gibore was quoted as saying according to The Standard.

“This is a serious matter, and the court order is not sufficient enough to compel us to go back to work,” he added.