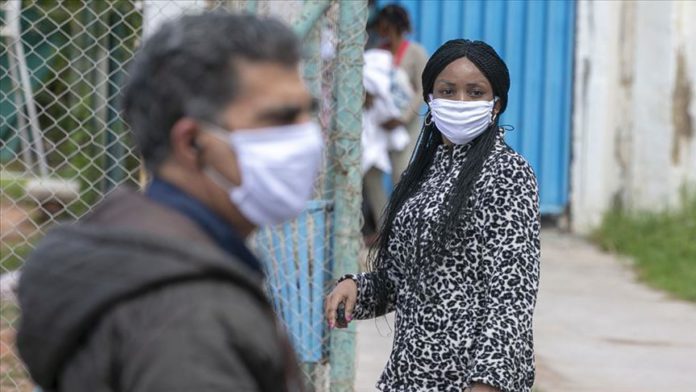 Kenyans are not turning up for a nationwide mass testing campaign launched by the country’s Health Ministry, a health official has said.

COVID-19 testing has so far been a failure in the country, Dr. Rashid Aman, Kenya’s chief administrative secretary for health, has warned on Sunday, adding that the free mass testing is to help the country to flatten the infections curve.

“The outcome of the testing exercise so far has shown a low turnout in some of these areas, I want to remind the Kenyans that there are countries where people beg to be tested, yet their governments are unable to do so,“ Aman told a televised media briefing.

Although the Health Ministry was undertaking a capacity to test all the people, ”the willingness of the people to be tested is low”, he said, and added: “I want to appeal to Kenyans to willingly come forward to be tested, the Ministry of Health is encouraging the Kenyans in the target areas to come and get tested, experience has shown that countries that have managed to flatten their infection curve quickly have heavily relied on targeted testing. The test will be conducted free of charge.”

“That thing is very painful, I will not even try if I was asked,” Teresia Waweru, a 36-year-old business-woman from Kawangware, told Anadolu Agency.

Kawangware, reportedly a low-income residential area in the Kenyan capital, has been earmarked by the Health Ministry as being among COVID-19 hotspot areas in the country.

Waweru has seen the free medical laboratories set up by the government to test residents, but then she only watched from a distance as people streamed in to get tested.

“Those who are here with me are afraid of two things,” she said, while pointing at a small crowd that had gathered about 50 meters (164 feet) from the testing facility in Kawangware to see the process conducted by health professionals.

“They are afraid of the pain… [as] those who were tested told us it is painful, and second, they are afraid of getting the virus. We have been labeled as a hotspot, so if I line up there, I may get infected”.

Just like Waweru, Caleb Otieno, who manages a cheap residential building in the area, said he was afraid of contracting the disease.

“They should test us in our homes like how they do it with census. I will not join the crowd there, where the chance of getting the virus is so high. I am 59 years old, and I might die from coronavirus if I get it”.

Kenya’s Health Ministry has also reported low hospital visitation for health services, citing fear of contracting the coronavirus by members of the public, and the ministry has assured Kenyans that all hospitals have taken measures to ensure that other services are delivered without putting anyone at risk.

The Kenyan government has warned that the virus is domicile within Kenyans and circulating within the community.

The pandemic has killed over 248,000 worldwide, with total infections more than 3.52 million and recoveries surpassing 1.13 million people, according to figures compiled by the US-based Johns Hopkins University.