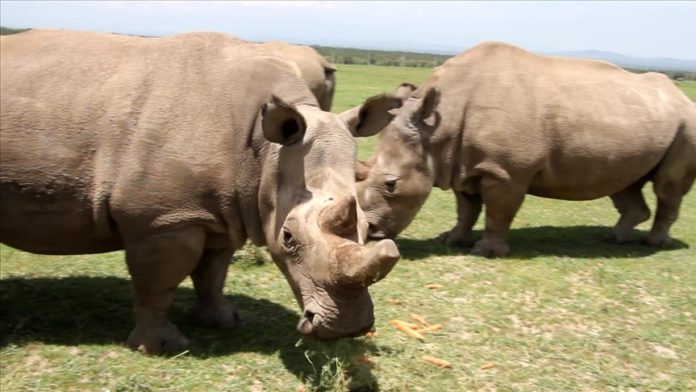 Kenya Wildlife Service (KWS) has said that no rhino was poached in the East African nation in the year 2020, a rare occurrence to be witnessed in the country since 1999.

According to the latest poaching statistics from KWS, poaching is all-time low since the onset of COVID-19 that saw travel bans in many African countries.

In a statement, KWS Director-General Brigadier (Rtd) John Waweru said: “For the first time in 21 years, KWS reported zero poaching of rhinos in the year 2020. Rhino poaching has reduced from a high of 59 cases in 2013 when poaching was at its peak to zero poaching in 2020. The last time this feat was achieved was in 1999.”

Waweru attributed the achievement in reducing rhino poaching to working with stakeholders, anti-poaching and intelligence-led operations.

KWS said during the COVID-19 pandemic period, there were increased threats of poaching as the authority recorded an increase in bushmeat poaching and associated crimes.

KWS said there were increased cases of human-wildlife conflicts due to rising demand for agricultural land and space for human settlement.

Kenya also recorded the lowest number of elephants poached in 2020, Waweru said, adding: “Elephant poaching has also reduced from a high of 384 cases in 2012 when poaching was at its peak to a record low of 11 in 2020, the lowest ever in KWS history.”

Some 500 northern white rhinos were roaming in several countries in East and Central Africa, south of Sahara till 1970. Poaching reduced the population of the species to 15 by 1980 and then 32 in 2003. There are now just two female rhinos left, both born in captivity.