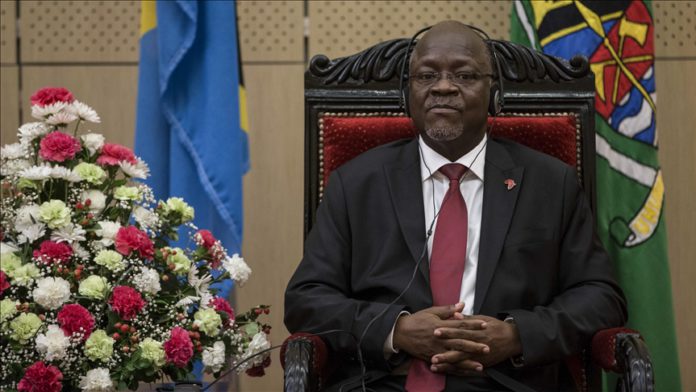 Flags in Kenya and all Kenyan diplomatic missions abroad will be flown at half-mast from March 18 until the burial day of Tanzanian President John Pombe Magufuli who died on Wednesday, said the Kenyan president on Thursday.

“In testimony of the high esteem in which the People of Kenya hold President John Pombe Magufuli, the Republic of Kenya will observe a period of seven days of national mourning,” Uhuru Kenyatta said.

“As a symbol of Kenya’s enduring respect for Magufuli, as well as Kenya’s solemn solidarity with the Nation and People of the United Republic of Tanzania,” flags in Kenya and its diplomatic missions will be flown at half-mast, he added.

Kenyatta termed Magufuli as a champion of pan-African ideals.

Magufuli died of a heart condition at the age of 61 on Wednesday, Vice President Samia Suluhu Hassan announced in a televised address.

His death came after two weeks of speculation about his health on suspicion of contracting COVID-19.

Magufuli had declared that COVID-19 was defeated in his country, attributing it “to God’s help,” even when the World Health Organization asked the cooperation of the government.

But he had recently acknowledged that the virus was still being transmitted when the vice president of semi-autonomous Zanzibar reportedly died of COVID-19.

The Tanzanian vice president will assume office for the remaining period of Magufuli’s five-year term.

Yemeni president to visit US for medical checkups