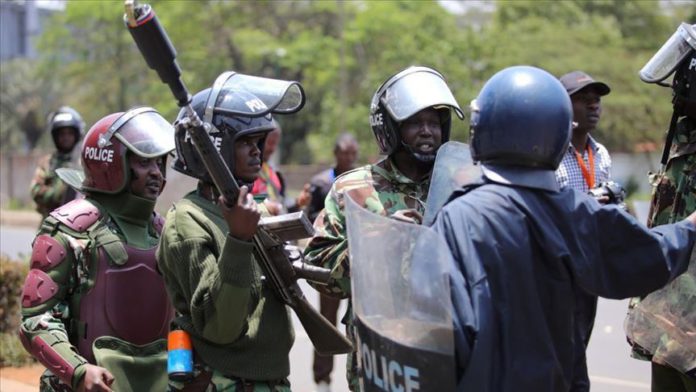 At least 12 people were arrested on Friday as police in Kenya’s capital cracked down on protests against alleged embezzlement of funds meant for COVID-19 response measures.

The demonstrations were sparked by an expose by local media on how a small section of people embezzled millions of dollars from the Health Ministry’s coffers.

Wanjeri Nderu, an activist who organized the protest, said Kenyans were outraged over the lack of transparency in the management of COVID-19 funds allocated to the Health Ministry and other government agencies.

He said corruption is hurting Kenya and the people want to see accountability.

“We took to the streets because to demand the arrest and prosecution of these thieves who have taken off with the COVID-19 funds and donations,” Nderu told Anadolu Agency.

“The government’s response is to fire tear gas at us and use brute force to disperse us. At least 12 of our activists have been arrested and they are at the central police station [in Nairobi].”

According to government records, Kenya has so far secured 223 billion Kenyan shillings (over $2 billion) from the international community for its fight against COVID-19.

However, the alleged theft of funds and equipment, including much needed Personal Protective Equipment (PPE), has led to shortages of finances and materials in various hospitals across Kenya.

The lack of money and resources was the main grievance of doctors and health workers who went on strike in Nairobi and other counties on Friday.

The protesting doctors want the government to clear their unpaid salaries and provide protective gear at hospitals.

The strike, health officials argue, will lead to a crisis in the capital and the rest of Kenya, where a surge in cases over recent days has taken the overall total to almost 32,000, including 532 fatalities.

However, Thuranira Kaugiria, secretary general of the Kenya Medical Practitioners, Pharmacists, and Dentists Union (KMPDU), in a statement urged doctors to stay away from work and to protect themselves at home.