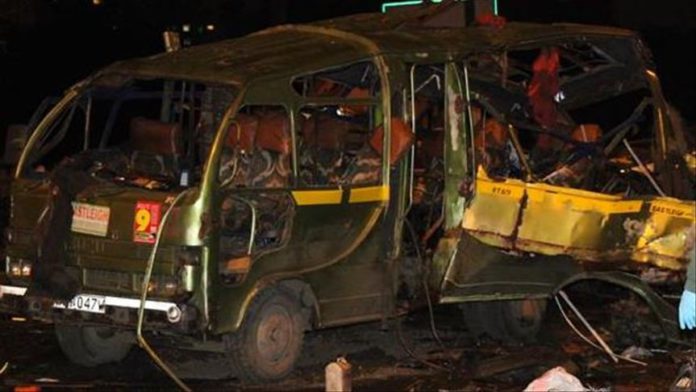 At least eight people were seriously injured in a gun attack on a passenger bus in northeastern Kenya on Tuesday, local media reported.

According to the Daily Nation newspaper, a 58-seater bus heading from Mandera town to the capital Nairobi came under attack near the city of Daba.

It said the attack was believed to have been carried out by the Somalia-based al-Shabaab group, which is affiliated with al-Qaeda.

Joshua Kitakwa, the deputy commissioner of Mandera County, confirmed the attack and said there were no reports of fatalities so far.

At least four people are in critical condition in hospital, according to a source cited in the report.

A police officer, who requested anonymity due to restrictions on speaking to the media, told Anadolu Agency that teams have been deployed to hunt down the gunmen.

The attack came ahead of a court ruling against three people accused of facilitating al-Shabaab’s deadly 2013 attack on the Westgate mall in Nairobi, which claimed at least 67 lives.