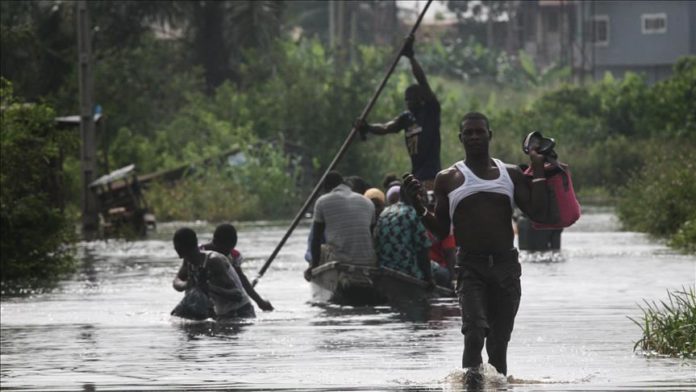 At least 116 people died due to floods caused by torrential rains in Kenya, local media reported on Wednesday.

“We want to urge the counties to comply with the guidelines put in place including moving to higher ground,” daily The Star quoted Wamalwa as saying.

“We are also releasing face masks to families and sanitizers. Even as we distribute food, we want to ensure that we do not take coronavirus there. We have enough food to support all those displaced,” he added.

The ongoing heavy rains in parts of Mt Kenya, as well as Aberdares regions, have caused an increase in the volume of water spilled by the Seven Fork dams, according to the daily.

In November last year, dozens of people were killed due to landslides in western Kenya’s Pokot Country, leaving thousands of people homeless as their homes were swept away by floods due to above-average rainfall.

Ahead of the signing of the Paris Agreement on climate change in 2016, top scientists warned of the effects left by the climate change on the African continent.

“Africa is greatly affected by global warming and related greenhouse gas emissions; droughts and floods are some of the environmental impacts of global warming,” Hoesung Lee, chairman of the Intergovernmental Panel on Climate Change (IPCC) told Anadolu Agency in an interview on April 14, 2016.