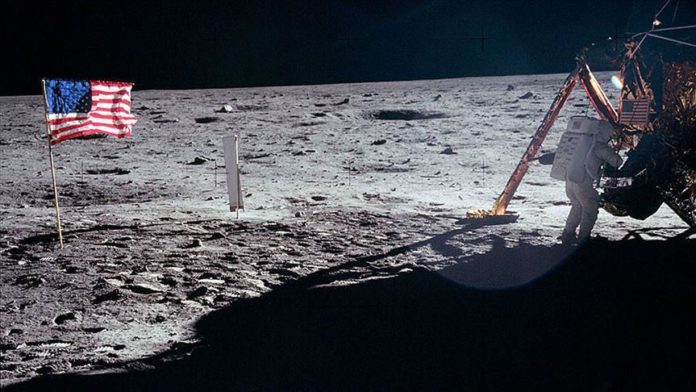 Despite over half a century having passed, new information continues to emerge on the fateful US moon landing of July 21, 1969.

Astronaut Neil Armstrong, who became the first person to walk on the moon, described his short descent from the lander onto the lunar surface as “one small step for man, one giant leap for mankind.”

A White House meeting report, published by the National Aeronautics and Space Administration (NASA), officially stated that the US administration of John F. Kennedy had political, rather than scientific, motivations in pursuing the first space expedition at the height of the Cold War.

During the meeting, Kennedy said the primary motive in putting a man on the moon was to beat the Soviet Union in the technology race between the two countries.

Underlining that off-world travel would only be possible with a better understanding of space, Webb implored President Kennedy with the need for scientific research in different fields.

“I think it [landing on the Moon] is the top priority […] Some of these other programs can slip six months or nine months and nothing particular is going to happen that’s going to make — but this is important for political reasons […] This is, whether we like it or not, in a sense a race,” Kennedy told Webb.

“I think that everything we do ought to really be tied into getting onto the moon ahead of the Russians,” Kennedy added.

Kennedy outlined contemporary US policy in the meeting by stressing that getting to the moon would be the top priority of NASA and one of the two priorities, along with the defense industry, of the US government.

“Because otherwise, we shouldn’t be spending this kind of money, because I’m not that interested in space,” Kennedy said, adding that the only justification for spending the astronomical sums required for the US space program was the hope to beat the USSR, thus demonstrating that the Western bloc could surpass Moscow in the space race despite having started behind.

At the time of the meeting, the US — as Kennedy notes multiple times — was behind its rival as the USSR had been first to achieve key milestones in the competition of dominance in the final frontier, having sent the first satellite into space and made the first manned space expedition.

Russia’s Vostok 1 went down as the first crewed spaceflight in history on April 12, 1961, making its one-man crew, Yuri Gagarin, the first space-faring human.

On the US side, Ed White became the first American to perform a spacewalk during the Gemini 4 mission on June 3, 1965.

Moscow’s lunar program first bore fruit on Sept. 14, 1959, when its Luna 2 probe became the first human-made object to reach another celestial body — the moon. In October, Russia launched Luna 3, the first-ever mission to photograph the far side of the moon.

The US was only able to follow Luna 2 five years later when in 1964 Ranger 7 made a hard landing on the moon’s surface.

However, NASA’s manned Apollo 11 mission turned the tables on July 21, 1969, with humanity’s first-ever moonwalk by astronaut Neil Armstrong, effectively settling the space race with a decisive US victory.

Though the USSR started work on producing a three-person Soyuz spacecraft for a manned lunar mission of its own, it disbanded the program in 1974 as it was unable to develop a rocket that could bring the craft to the surface.

December 29, 2019
We use cookies to ensure that we give you the best experience on our website. If you continue to use this site we will assume that you are happy with it.Ok