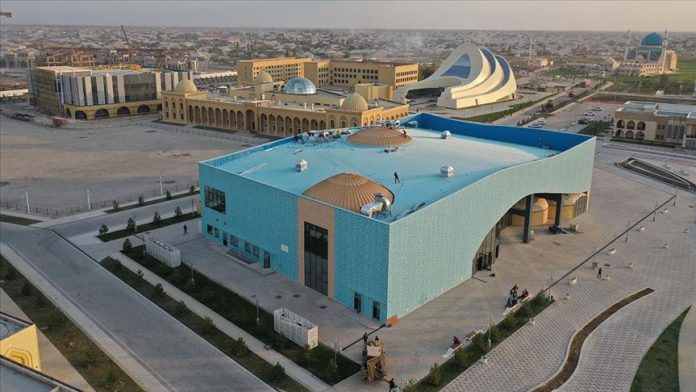 The ancient city of Turkistan, which was declared the capital of Kazakhstan’s Turkistan region, has reemerged as a spiritual and cultural center of the Turkic world.

The city with 2,000 years of history was Kazakh Khanate’s capital in the 16th to 18th centuries.

Turkistan, where the well-known Sufi sheik Khoja Akhmet Yassawi lived in the 11th century and was buried there after his death, played an essential role in the Islamization of Central Asia.

It was one of the spiritual, political and commercial centers of the historical Silk Way and started to revitalize after 1991 when Kazakhstan gained independence from the Soviet Union.

A decree dated June 19, 2018, by Kazakh President Nursultan Nazarbayev formed the Turkistan region and ancient city of Turkistan as the administrative center of the region.

It is expected that the city will be established as a spiritual capital of the Turkic world during an informal summit of the Turkic Council that will be convened on March 31, at Kazakhstan’s initiative.

Remarking that the city is home to dozens of prominent Turkic and Kazakh figures’ tombs, apart from Yassawi’s, he said: “Turkistan deserves to be recognized as the spiritual capital of the Turkic world.”

Umirzak Shukeyev, governor of the Turkistan region, Kazakh government said he wants to turn the city into a cultural, spiritual, and commercial center and is making plans and investments accordingly.