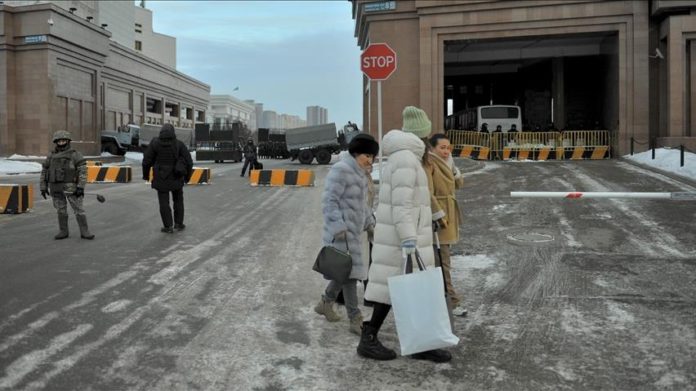 Shymkent, East Kazakhstan, Karaganda, and Turkestan are the regions where the state of emergency was lifted, according to the Kazakh presidency.

It was previously announced that the state of emergency was ended in West Kazakhstan, Pavlodar and North Kazakhstan regions.

The decision came while the withdrawal of peacekeepers of the Russian-led military bloc Collective Security Treaty Organization (CSTO) continues.

On Jan. 2, protests broke out in Kazakhstan over an increase in liquefied petroleum gas (LPG) prices in the city of Zhanaozen in Mangystau, which later turned into clashes with police, with the most violent developments taking place in Kazakhstan’s former capital and largest city Almaty.

Tokayev requested help from CSTO allies, and in a short period, peacekeepers from Russia, Belarus, Armenia, and Tajikistan arrived in the country and backed the Kazakh law enforcement in restoring order.

Turkey has ‘zero tolerance’ for violence against women