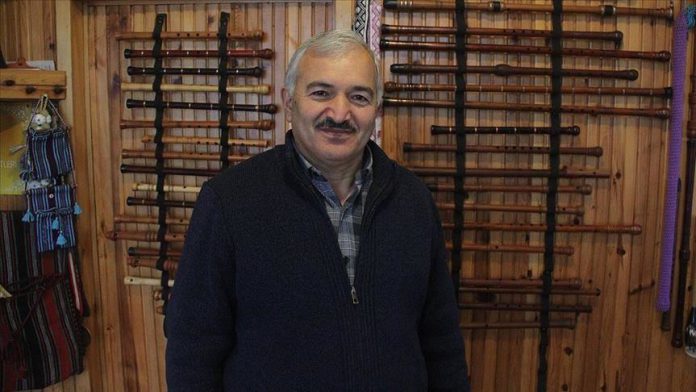 Yasar Guc, Turkey’s best known master craftsman and player of the kaval, a wooden flute, is among the last representatives of his profession.

Guc, who lives in Niksar district in northern Tokat province, was registered by the United Nations Educational, Scientific and Cultural Organization (UNESCO) on its list of Intangible Cultural Heritage of Humanity as a Living Human Treasure in 2009.

Born in Erikbelen village, Basciftlik district in Tokat in 1968, he could not continue his education after finishing elementary school.

His professional story began with an apprenticeship at the age of 11 alongside his kaval master father,

Read more: Kaval master passing down his skills to next generation

Football matches to be played without fans in Portugal