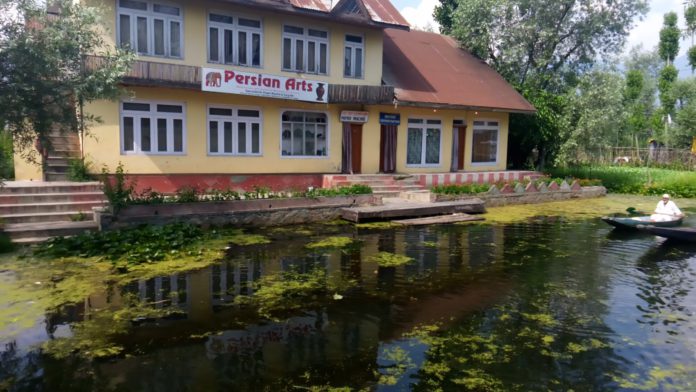 Known as the Venice of the East for its pristine waters, the capital of Indian-administered Kashmir, Srinagar, has become a dumping ground for sewage and pollution, including plastic waste, over years of inattentiveness, experts say.

Years of conflict and apathy from officials have left the region’s lakes and streams gasping for breath despite millions of dollars now being spent on their revival.

For July 3 International Plastic Bag Free Day, Anadolu Agency visited these waters and spoke to experts on their degraded condition.

Once famed as a spotless lacustrine habitat in the heart of Srinagar, Anchar Lake is now almost dead, according to experts.

“We’ve killed this lake, there’s no other word to describe it,” said Earth sciences expert Shakeel Rhomsoo, who is the dean of research at the University of Kashmir.

Human greed has left these waterbodies under deep strain, said Rhomsoo, adding that “encroachment, sewage, plastic, biomedical waste, garbage and other filth over the years have gone into these waterbodies without considering the impact they would have on its fauna and flora or even to the ecological balance.”

A 2012 study of the Anchar’s ecology has described the condition of the lake as a “bowl for pollutants,” due to nearby drainage, endangering species in the lake while also increasing the turbidity of its water and producing bad odor.

No fauna or flora can thrive in polluted waters, said Rhomsoo, explaining that this would hurt the chances of the region’s people earning a livelihood, especially off the fishing sector.

In 2019, Nazir Ahmed, a faculty member of the University of Agricultural Sciences in Kashmir, estimated during a workshop that around 93,000 people in Kashmir are still dependent on the fishing sector, and said it was unclear how long they could make a living in this field.

According to a study in the International Journal of Fisheries and Aquatic Studies, Kashmir’s waterbodies have suffered extensive pollution, siltation, and encroaching development since 1990. All of this has slowly diminished fish biodiversity.

In late February this year, the local Nigeen Lake Conservation Organization took the initiative to clean up the dying lakes of Khusalsar and Gilsar, which had become severely contaminated after over three decades of encroachment.

In three months, the group was able to revive Khusalsar from the brink of its end, the group’s Chairman Manzoor Ahmad Wangnoo told Anadolu Agency.

“The lake had become a cesspool with dead animals, plastic, polythene, weeds, and sewage making up most of it. It was encroached upon from all sides,” Wangnoo said.

During the restoration process, about 20 truckloads of weeds, silt and waste were removed from the water.

“It’s our responsibility to clean these waterbodies. They’re our lifelines, we can’t let them die,” said Wangnoo.

He added that authorities in the region have spent millions of dollars on machinery to revive lakes, but “I tell you as a boatman, we need efforts from all of us to keep our waterbodies clean.”

EU fails to reach agreement on sanctions on Belarus