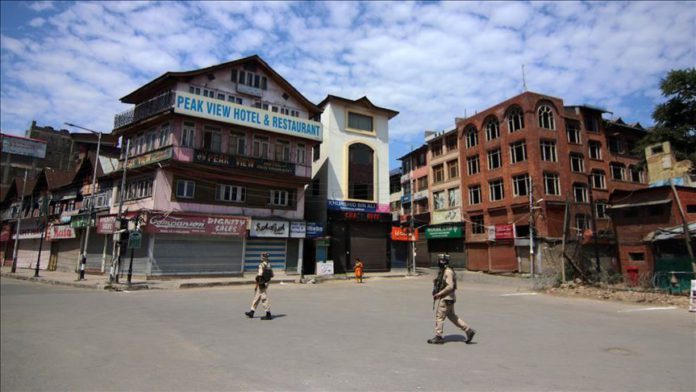 Indian-administered Kashmir’s only psychiatric hospital has managed to record no COVID-19 infections among inpatients.

The result is courtesy of deft planning, local improvisation and learning from experience.

The achievement is remarkable, according to Dr Arshad Dada, a professor of psychiatry at the hospital, because unlike some of the top health care institutions in India, the hospital continued to admit new patients in addition to keeping its busy outpatient department (OPD) open. All other hospitals in Kashmir closed OPDs.

Media reports said that before India went into lockdown March 24, the Institute of Human Behavior and Allied Sciences in New Delhi, one of the largest psychiatric hospitals in India, received as many as 2,000 patients in its OPD. The number fell to zero by April when the OPD was shut after a nearby area was declared a virus hotspot.

Being the only psychiatric institution in the Kashmir Valley of 8 million residents, the biggest challenge for doctors at the Psychiatric Diseases Hospital in Srinagar was to shield the 40 long-term inpatients in chronic wards and 120 admitted to open wards.

In the open wards, families members are virtually participants in treatment. New patients are admitted to open wards and shifted to chronic wards if long-term stay is needed. Chronic patients are treated by hospital staff and allowed to go home only during festivals and other occasions.

As early as March 7, doctors and hospital administration began working on anti-COVID-19 strategies and measures. And when all hospitals were converted to virus care facilities, psychiatric hospital management prevailed upon the government to spare it.

“We woke up to the threat early,” Arshad said, and added that several Chinese studies on anti-COVID-19 strategies appeared in mid-March and proved handy in formulating a response.

“From Chinese experience we learnt psychiatric hospitals are at a higher risk than general hospitals,” he said.

Thus, no chronic ward patient was allowed home visits. Doctors from other departments were contacted online if any chronic patient needed specialized consultation, thus avoiding travel and contact. For example, Arshad said, a patient was provided dental treatment at the hospital with online directions from a dentist.

COVID-19 testing had not yet picked up in March and samples were sent to the Indian city of Pune. But since inpatients formed a closed group, results of a few were initially taken as representative of all.

Health workers and patients were tested more frequently when testing facilities increased in Kashmir. At the same time, warders, nurses and doctors minimized contact not only with patients and each other but also with outsiders, said Arshad.

“This ensured that if one of the group members was positive, that particular group only needed to be quarantined or taken off,” said Baba.

Hamid, a health worker, told Anadolu Agency that after a few staffers tested positive, he communicated their apprehensions to Baba.

“We were reluctant to go near patients. But Dr Baba convinced us that patients were more at risk of contracting virus from us than otherwise. After all, it is us who move out of the hospital and meet people,” said Hamid, who used only his first name for an interview.

Doctors and nurses made rounds on the wards only when necessary and only after wearing full personal protective equipment (PPE). Normally, patients’ blood pressure would be measured during a round but now readings of only hypertensive patients were taken.

Despite the measures, about 17 staffers and doctors tested positive.

“Luckily, no patient tested positive. It is because the staffers maintained prescribed distance and wore proper PPE. We pray this continues until the pandemic is over,” Arshad said.

Other measures also contributed to success. All inpatients were shifted to airy wards of a new building. Air conditioners were shut and windows kept open. OPD patients are allowed to enter hospital premises only after wearing surgical masks provided outside the hospital gate.

We could not afford to close services

A 2015 survey by the Doctors Without Borders said 1.8 million Kashmiris suffer from some form of mental disorder and nine of 10 have witnessed conflict-related traumas. Arshad said since 1990, when an armed insurgency erupted, the number of people with mental disorders rose exponentially.

On average, 400 people visit the OPD at the hospital and a satellite clinic at the city’s largest facility, the Sri Maharaja Hari Singh Hospital. A de-addiction and counseling center also operates from the satellite clinic, which has been converted into a COVID-19 facility. The de-addiction facility was, therefore, shifted to the psychiatric diseases hospital.

“We couldn’t afford closing the OPD. Patients had nowhere to go and they would have overwhelmed the hospital when lockdown was eased,” said Arshad.

Fazee, a widow, is the only caretaker of her schizophrenic son who was discharged from the chronic ward in March. At home, he relapsed into cannabis consumption and turned aggressive.

“He would go to any area that was declared a covid red zone or try to enter the homes of people who tested positive. I am an old woman so I couldn’t follow him. He wouldn’t stay home,” she told Anadolu Agency.

Fazee pleaded with doctors to admit him. She was told he would be admitted to the open ward and she would have to attend to him.

“I requested them to admit him to the chronic ward. They were kind and understood my predicament. He was first kept in isolation in open ward and after a couple of tests shifted to the chronic ward. He has responding well to psychiatric treatment. I am thankful to the doctors,” she said.

In addition to admitting such difficult cases, the hospital continued providing Modified Electro-Convulsive Therapy (m-ECT) to patients with suicidal tendencies or refuse treatment or food. Most hospitals in India stopped ECT because of a shortage of anesthesiologists and fear of COVID-19 transmission from bag mask ventilation, said Arshad.

The hospital has not lowered its guard. In fact, Arshad said it planned marshaling all medical and non-medical staffers, who had tested positive and acquired immunity, as frontline workers in case infection spreads in the hospital.

Baba adds the hospital is ready for a situation in which COVID-19 patients would be treated at the hospital.

Palestine accuses US' Pompeo of 'anti-Semitism'