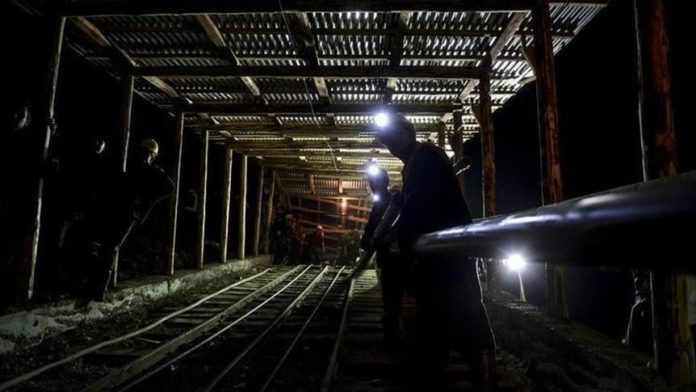 Hundreds of mining contractors in Indian-administered Kashmir have been left hanging in the balance after the regional administration gave contracts to non-locals.

“This move has increased manifold financial problems of local residents associated with the sector amid the looming pandemic crisis,” said Mohammad Muzaffar, who heads the mining association in the region.

More than 200 mineral blocks in the Jhelum River and its tributaries across all 10 districts of the region were opened for mining of sand, boulders, gravel and other river bed materials in December through online bidding.

But due to internet restrictions, local contractors could not participate in the bidding process after the Indian government stripped the region of its limited autonomy last August and bifurcated it into two federal territories.

“It is not injustice but murder with us and our families,” local contractor Abdul Ahad told Anadolu Agency.

Losing to the outsider

Almost 70% of contracts have gone to non-local Indian business people this year which prior to last summer were given mostly to local contractors.

Official data showed that in the main city, Srinagar, all 10 mining blocks have been bagged by non-local contractors against the bid amount of 50.8 million Indian rupees (approx. $680,000)

Similarly, in Baramulla district, 38 blocks of minerals have fetched 201.5 million rupees (over $2.7 million). Of these, 26 have been secured by non-local contractors.

In other districts, the majority of contracts have also gone to non-locals.

An official with the Geology and Mining Department told Anadolu Agency participation in the bidding process this year was from all over India and the department earned much more revenue from non-local bidders.

“It has fetched more revenue this time but agreed that many local contractors have lost their source of living due to this move,” said the official who spoke on condition of anonymity.

The Kashmir Chambers of Commerce and Industries has called for an urgent review of the mining and extraction policy to address local interests.

It criticized the allocation of contracts to non-locals and condemned the government’s move for sidelining local stakeholders.

For years, locals, particularly sand diggers living at the edge of River Jhelum and its tributaries, have been manually taking out gravel and sand from the river basins while keeping a check on environmental safeguards.

Ghulam Mohammad, a local contractor, told Anadolu Agency for 30 years he has been manually digging sand from the river.

“This government has pushed us to the wall. They have robbed us of our livelihood. In the present crisis they have left us with no means of survival,” he said. “I look after this river like my own child who needs care and protection but how will a non-local who has no knowledge about it understand this.”

Experts say that opening gates for “unabated” mining will have devastating consequences to the environment in case unscientific methods are used.

Ajaz Rasool, a hydraulic engineer told Anadolu Agency that before extracting minor minerals from any river, it is very important to understand the regeneration capacity of the body but unfortunately there is no scientific sediment data available with the government to check and assess the carrying capacity of the Jhelum River.

Rasool said in case the extraction of minerals is allowed “haphazardly” without following any scientific check, it will be catastrophic for the region.

“It is important for any government agency to know how much quantity of minerals can be extracted from a waterbody, if it is done randomly it will prove costly like the 2014 floods in the region,” he said. “It will break the embankments and will wash away everything which will come into its way,” while adding, “it will pose a great danger to aquatic life as well.”