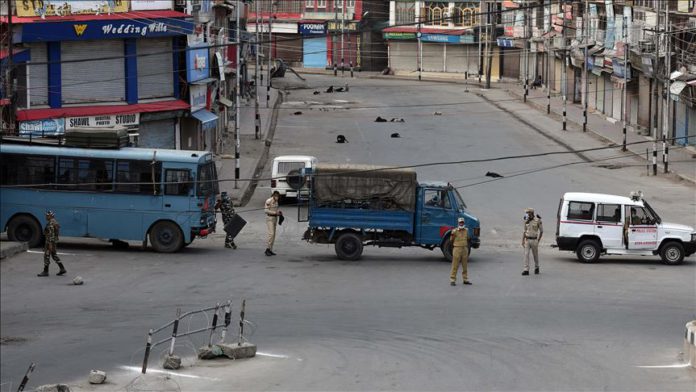 India’s unacceptable steps are measures of disempowerment and a challenge to the basic identity of the region’s people, read a joint statement issued on Saturday by leaders of major parties, including the National Conference, Congress, and the People’s Democratic Party.

“Our political activities will be subservient to the sacred goal of reverting to the status of the region as it existed on Aug. 4, 2019,” the statement said.

“We unanimously reiterate that there can be nothing about us without us.”

They slammed India’s steps to “silence and coerce” the people of Jammu and Kashmir.

“The measures attempt to redefine who we are. These changes were accompanied by repressive measures meant to silence people and coerce them into submission, and continue unabated,” the statement added.

“There is unanimity amongst us that collective institution is the effective way to fight for these rights and tirelessly struggle to get back the special status and restore the Constitutional guarantees forcibly taken away, against our will.”