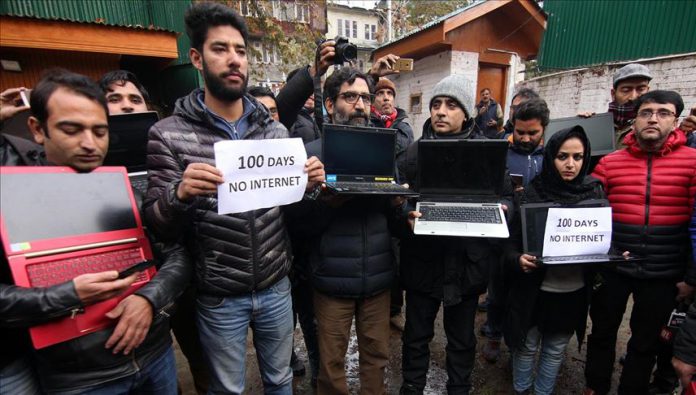 A group of Kashmiri journalists have demonstrated at the Kashmir Press Club in Srinagar, to mark 100 days of a telephone and internet ban by Indian authorities beginning on Aug. 5.

About 50 journalists, including photographers and videographers, on Tuesday displayed blank laptop screens and placards with messages that read “100 days, no internet” and “stop humiliating Kashmiri journalists.”

Journalists planned a protest march toward the nearby Press Enclave, which houses newspaper offices, but were informed by the police if they marched, they might be arrested under Section 144, which prohibits assembly of more than four