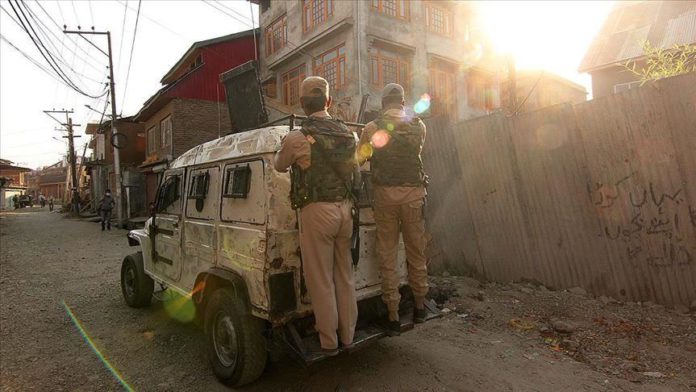 In a statement on Friday, the US-based World Kashmir Awareness Forum (WKAF) said the raids by the National Investigation Agency (NIA) are “politically motivated” and “seek to further muzzle Kashmiri voices.”

“We condemn the Indian government’s continued Hindutva fascist assault on the disputed region of Jammu and Kashmir. The Modi government seems to be bent on suppressing the voices of Kashmiris and anyone else who raises a finger against its settler-colonial agenda and blatant human rights abuses in the region,” said the World Kashmir Awareness Forum statement.

Several rights groups, including Amnesty International, urged India to halt the raids, which the NIA has said were conducted “based on credible information that the organizations have been using funding from India and abroad for secessionist and terrorist activities in J&K.”

“The Orwellian dragnet has also been cast on the most vocal civil society members and human rights activists and their associates,” added the forum statement, referring to the raids on the homes and workplaces of prominent human rights activists Khurram Parvez, the coordinator of J&K Coalition of Civil Society (JKCCS), and Parveena Ahanger, the chairperson of the Association of Parents of Disappeared Persons (APDP), as well as journalist Parvaiz Bukhari, who works for Agence France-Presse, among others.

The JKCCS and the APDP, the forum said, “have been at the forefront of extensive reporting on human rights abuses in Kashmir, including indefinite incarceration, torture, extra-judicial killings of political opponents, and the extensive impunity enjoyed by Jammu & Kashmir’s armed forces.”

“The Indian state’s new repressive measures may bring temporary silence among Kashmir’s besieged population and their supporters, but it will never buy their allegiance to India. Prolonging the settlement of the Kashmir dispute will bring peace neither to India nor to South Asia, and will prolong the unnecessary suffering of thousands of innocent civilians.”

In August 2019, India scrapped the semi-autonomous status of Jammu and Kashmir, dividing it into two union territories.