Violence along the de-facto border in Kashmir is likely to continue to increase and India and Pakistan are unlikely in the near future to make efforts to resolve the conflict bilaterally, according to a report by the Armed Conflict Location and Event Data (ACLED) Project.

The grim prediction is based on ACLED’s analysis of the events of 2020, which it called the most violent since 2016 when Kashmir witnessed months-long protests against India triggered by the killing of iconic rebel commander Burhan Wani.

Both countries accused each other of violating the 2003 border cease-fire agreement. India’s Home Ministry said Pakistan violated it 5,133 times in 2020, while Pakistan accused Indian troops of violating the agreement more than 1,600 times. Dozens of soldiers and civilians were killed and scores wounded on the two sides in these firing incidents, which experts say were the highest since the signing of the border agreement in 2003.

While the borders are likely to stay “hot,” the explosive situation inside Kashmir could deteriorate further, said the ACLED report, which lists Kashmir as one of the 10 conflicts to watch for in 2021 alongside others such as Yemen, Myanmar, Ethiopia, and Armenia and Azerbaijan.

The report said there could be a surge in the activity of domestic and foreign militants in Kashmir because of “policy shifts” after Aug. 5, 2019, when India stripped Jammu and Kashmir of its autonomous status and divided it into two centrally ruled territories.

“Though the rise in militancy is attributed to Pakistan-based jihadi groups, disillusionment and anger caused by [India’s move on] Aug. 5 has enabled both domestic and foreign [militant] groups to recruit Kashmiris,” the report said.

Marginalization of Muslims ‘could in turn spur militant activity’

It said another source of a possible spur in militant activity is new citizenship and land laws that allow outsiders to purchase land in Jammu and Kashmir besides claiming residency. Before Aug. 5, only Hindu, Muslim and Buddhist residents of the Muslim-majority region had these rights.

An ongoing exercise aimed at redrawing the local legislative assembly segments will shift the power to the Hindu-majority Jammu region, the report said. The resulting marginalization of Muslims “could in turn spur militant activity in the region,” it said.

A Hindu jeweler who had acquired domicile residency rights was shot dead by militants on Dec. 31 last year, and the son of a Hindu owner of an eatery was shot three times by suspected militants Wednesday in a high-security zone. He survived the attack. In the past 30 years of insurgency, the eatery and several other businesses run by Hindus had never been targeted.

Militant groups have declared any outsider planning to settle in Kashmir as their target. In fact, immediately after the abrogation of autonomy, suspected militants killed as many as 11 outsiders, the majority of them are Indian Muslims.

India government has ‘virtually destroyed any chances of peace’

Besides, last year’s data on the violence in the region only confirms ACLED’s prognosis.

Jammu and Kashmir police chief Dilbag Singh told reporters on the last day of 2020 that 225 militants, 38 civilians and 16 police officers besides 44 army and paramilitary soldiers were killed in various incidents in 2020. The casualties do not include those killed in cross-border firing.

Experts in Kashmir echo these concerns. Noor Ahmad Baba, former head of the department of political science at Kashmir University, told Anadolu Agency that India’s Hindu supremacist government has virtually destroyed any chances of peace with the Aug. 5, 2019 decision.

“On the one hand, Kashmiris have been thrown into an impossible situation. On the other, India tried to sideline Pakistan by the unilateral decision of Aug. 5, though Pakistan’s role in any Kashmir resolution is recognized internationally,” Baba said.

“What is going to be most dangerous is the situation of fear in which common Kashmiris find themselves right now. There are extraordinary restrictions in place and the situation can explode,” he added.

The Aug. 5 decision has also disturbed regional stability, Baba said, referring to analyses that attribute last year’s India-China border clashes to the change of Kashmir’s political status. China had said the decision was “unlawful and void” and “challenged its sovereignty.”

Sociologist Farukh Fahim, who has studied the history of nationalistic movements in Kashmir, said India had claimed Aug. 5 as a solution, but “that is not happening.”

“Soon after Aug. 5, there was talk of Kashmir as another Palestine in the making. Muslims living in the neighborhood could be radicalized because of the worrying situation in Kashmir,” he told Anadolu Agency.

Contrary to India’s claims that the dismantling of autonomy would bring peace and end “separatism,” young Kashmiri men continue to join militant outfits.

Last year alone, the Kashmir police chief said that 635 “over ground workers,” a term used by police to describe alleged supporters of militants, were arrested and 56 of them jailed under a preventive detention law called the Public Safety Act, which was termed a “lawless law” by Amnesty International.

A person can be detained up to six months without trial and detention could be repeated perpetually.

A top police officer told Anadolu Agency on condition of anonymity that the arrest of the 635 “over ground workers” was the highest in any year since the eruption of militancy in 1990.

The ACLED report said that in 2020, India focused on deflecting opportunities for negotiation and tightening control of Kashmir while promoting pro-Indian politics in the region. At the same time, its forces reportedly used the coronavirus lockdown to strengthen intelligence gathering and to intensify counter-militancy operations.

“Pakistan responded by continuously casting doubt on the bilateral cease-fire agreement with India by highlighting Indian violations and human rights abuses in Kashmir at international diplomatic forums as well as inciting violence near the Line of Control,” it said.

With both countries “adopting non-cooperative militarized strategies,” the report said, “bilateral attempts at resolving the Kashmir conflict remain unlikely in the near future.” 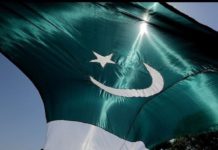 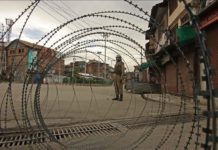