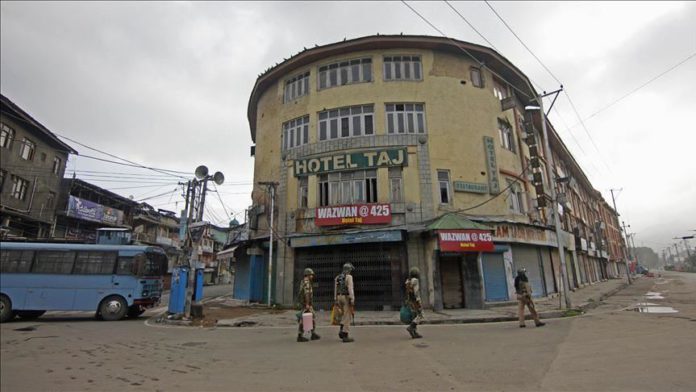 Local authorities in Indian-administered Jammu and Kashmir on Friday suspended all educational and training institutions until June 15 to curb the spread of the novel coronavirus.

“In continuation to the government order dated 17 April, 2020, it is hereby ordered that all educational institutions/training institutions in the Union territory of Jammu and Kashmir shall remain closed till 15 June, 2020,” said Rohit Sharma, Additional Secretary to the regional government.

Schools in the region had only recently reopened after the end of March after having been closed due to the pandemic.

Meanwhile, the regional office of the country’s National Conference political party announced it would not participate in talks to redraw the region’s internal constituencies.

The decision came a day after three of the party’s lawmakers including its president and former Jammu and Kashmir Chief Minister Farooq Abdullah were nominated to the delimitation commission set up by the Indian government to assist in redrawing election constituencies in the newly created union territory.

Last year in August, India scrapped the semi-autonomous status of the disputed region and turned it into two centrally controlled union territories. It later constituted the so-called delimitation commission on March 6.

“Participating in this Delimitation Commission will be tantamount to accepting the events of 5th August 2019 which the party is unwilling to do referring to the nullification of Article 370 and bifurcation of the region into two federal territories,” the party said in a statement.

Indonesia to give out Remdesivir for COVID-19 treatment