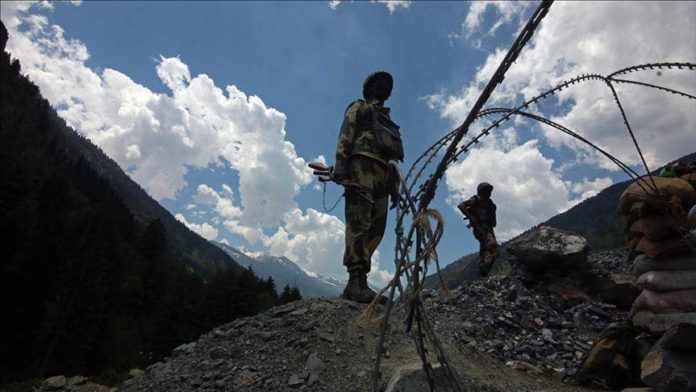 Police in Indian-administered Kashmir on Saturday charged a captain of the Indian army and his two accomplices for killing three local laborers and passing them as militants.

In a charge sheet filed in a local court, police said the captain had staged a gunfight in South Kashmir on July 8 to make it appear like a clash with militants.

A special investigation team of Jammu and Kashmir Police, which was tasked to probe the fake encounter, filed a 300-page charge sheet against the army officer.

Wajahat Hussian, deputy superintendent of police who headed the probe committee, was quoted by local media that the charge sheet has been filed against three persons in the Principal and Sessions Court Shopain area in South Kashmir.

On Thursday, the army had said that the process of summary of evidence has been completed about the fake encounter in which three laborers of Rajouri district of Jammu region were killed.

The army added that the authorities concerned, along with legal advisers, are examining the case for further proceedings.

Earlier, the family had identified the deceased men as Imtiyaz Ahmad, 21, Abrar Ahmad, 25, and Abrar Khatana, 18, from photos that circulated on social media after the gunfight.

Seventy days later, the bodies of the slain young men were handed to their families after DNA samples matched with their kin.

On Sept. 18, the army had admitted that three “militants” killed in Shopian were, in fact, civilians from Rajouri.

Meanwhile, on Saturday, two militants were killed and two Indian soldiers injured in a gunfight in the Kanigam village of Shopain.

Kashmir, a Muslim-majority Himalayan region, is held by India and Pakistan in parts and claimed by both in full. China holds a small sliver of Kashmir.

According to several human rights groups, thousands have been killed and tortured in the conflict that flared up in 1989.

On Aug. 5, 2019, the Indian government revoked Article 370 and other related provisions from its Constitution, scrapping the Himalayan valley of its autonomy. It was also split into two federally administered territories.