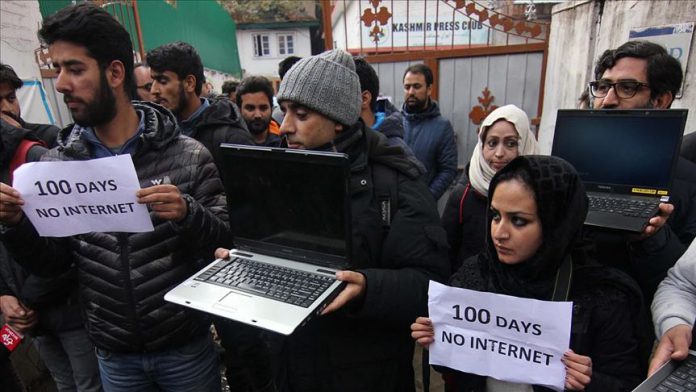 A communications blockade imposed by the Indian government in disputed Jammu and Kashmir will be 100 days old Tuesday, the longest in the insurgency-ridden region.

On the night of Aug. 4, hours before abrogating 76-year-old legislation granting autonomy to the Muslim-majority state, the Indian government blocked phones and the internet and deployed tens of thousands of soldiers “for maintaining law and order”.