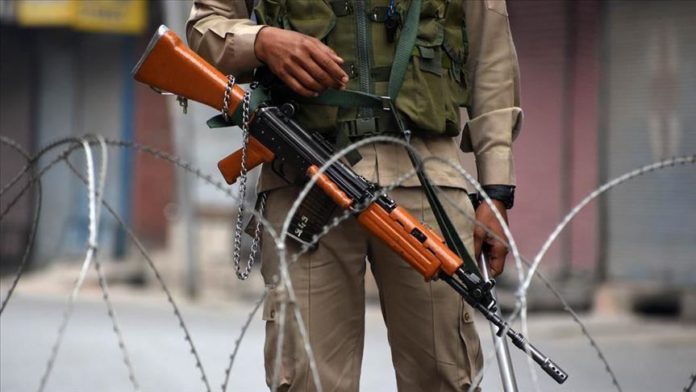 The remote Himalayan region of Ladakh, bordering Pakistan and China, which was sliced out from the erstwhile state of Jammu and Kashmir last year on Aug. 5, is still coming to terms with its new identity as the separate centrally administered territory.

According to the 2011 census conducted by India, the region with a population of mere 274,289 has two districts — Buddhist majority Leh and Muslim majority Kargil. Overall Buddhists form 39.65% and Muslims 46.40% of the total population of the icy Ladakh region.

While most of the people in Leh feel elated at India’s decision to make them a separate entity, hoping it will spur development in the region, people in the nearby Kargil district which boasts 76.87% Muslims, feel betrayed and describe actions as “undemocratic”.

In an exclusive conversation with Anadolu Agency, Asghar Karbalai, a prominent leader of Kargil district said Indian decision to revoke the autonomy of Jammu and Kashmir and then bisecting the state into two centrally administered territories was “undemocratic” and “taken against the will of the people”.

Karbalai, a former lawmaker of the erstwhile Jammu and Kashmir Assembly, said the state was divided so that the Hindu nationalist Bharatiya Janata Party (BJP)-led government could implement its agenda.

His counterpart in the nearby Leh district, Rigzin Spalbar, 61, said people in his region are happy, but need some constitutional safeguards, to ensure jobs and land is reserved for local people and that there will be no demographic changes.

Karbalai said last year on Aug. 5, Indian leaders had said the move will bring empowerment to the region like other states.

“We do not see it even after one year. People of Leh who celebrated the creation of union territory staged a sit-in a few months ago. The protesters included members of the BJP. They are also apprehensive,” he said.

In Jammu and Kashmir, India introduced a domicile law that gives feeble protection to locals in government jobs. But it does not cover Ladakh.

Karbalai said this has raised fears in both Buddhist and Muslim areas.

“Domicile law is obviously against the interests of the people of our former state. The government justified scrapping the special status by saying Kashmir and Ladakh will become an investment destination. It will become a heaven. But the first thing they did was to fill this heaven with outsiders. Domicile certificates are being issued at lightning pace,” said former Kargil lawmaker.

He said before last year Aug. 5 decision, the region had its constitution and our people were ruling us. All these things were scrapped.

“In the twenty-first century, there is a clamor for freedoms, giving more powers to people. But in our case, after 70-years of strife, our right to rule ourselves has been snatched,” he said.

Karbalai was one of the dozens of political leaders who led demonstrations against the decision. He said the restoration of special status was the only way to ensure peace in the disputed region.

He claimed that Hindus of Jammu, BJP’s core constituency, and Buddhists in Leh, who had initially hailed Indian decisions are now feeling insecure about their land and jobs.

Buddhist leader Spalbar told Anadolu Agency that people in his area have been demanding a centrally administered territory for over a long time. But he lamented that the government while granting them this status, has removed the provision of the legislature.

“When 10 million people in Jammu and Kashmir fear they would be overwhelmed demographically, we are only 247,289. The safeguards must come fast. The development will come, the money will come but when your culture is lost, everything is lost,” he said.

Both Kargil and Leh had their own elected Autonomous Hill Development Councils, till last year, which had significant administrative powers.

“Unless you have some hidden agenda, what prevents the government of India from extending measures to protect the local population?” he asked.

He said while secession can be non-negotiable, but imposing decisions based on a brute electoral majority is also questionable.

“The beauty of democracy and strength of a party in power is to evolve a consensus. A government that achieves this consensus is a successful government and its leadership a successful leadership. But if the brute majority is the measure of it all, then questions arise,” he said.

Spalbar, however, said, he doubted if politicians in Kashmir would have allowed giving Ladakh as separate status without force. But he added that Kashmiris have their case and they should find an amicable solution to their issue.

Both Karbalai and Spalbar, however, said there was no link between China’s recent incursions in the region and India’s last year’s actions. They said China’s incursions in this season are not new, but this time, they have not returned to their original positions but stayed back.

Turkey: Annual inflation at 11.77% in August