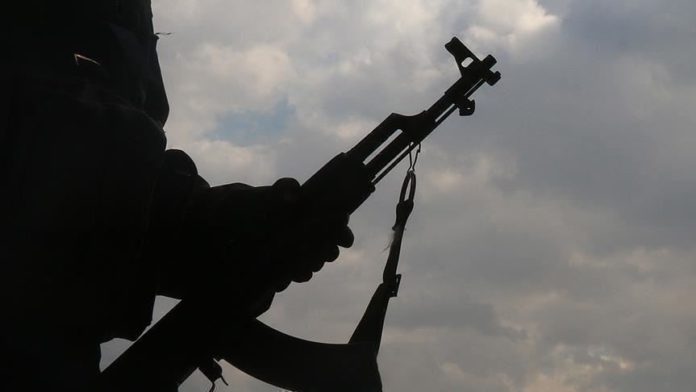 The operational head of Hizbul Mujahideen, a militant outfit active in Indian-administered Kashmir, was killed in a gunfight with government forces on Wednesday, local media reported.

Riyaz Naikoo and another militant were killed in an operation in his native village of Beighpora in southern Kashmir, the Press Trust of India news agency reported citing official sources.

Earlier, Indian military spokesman Col. Rajesh Kalia said two militants were killed in an operation in Beighpora village in Pulwama district but did not identify the deceased.

Anadolu Agency learnt from local sources that a large contingent of Indian forces surrounded the village where Naikoo and two other militants — Junaid Sehrai and Saifullah — were hiding.

Mobile internet has been shut in the entire Kashmir region since the gunfight broke out, with phone services and broadband internet also likely to be suspended soon.

Naikoo is the most high-profile Kashmiri militant to be killed after Burhan Wani, the iconic 21-year-old chief of Hizbul Mujahideen whose death in 2016 triggered months of agitation in which 100 protesters were killed, thousands injured, and more than 8,000 arrested.

Born in April 1985, Naikoo was a science graduate and taught mathematics at a private school in his native Pulwama until May 2012 when he went underground and joined the Burhan Wani-led militant outfit.

Naikoo became the operational commander of the group in 2017 after Burhan’s successor Zakir Musa cut ties with the outfit over ideological differences and joined al-Qaeda affiliate Ansar Ghazwat-ul-Hind.

A counterinsurgency officer told Anadolu Agency on condition of anonymity that Naikoo had “good leadership skills” and several things to his credit, primarily “holding Hizbul Mujahideen together when Musa’s defection could have split the organization, and finding ways to build pressure on policemen.”

In September 2018, militants in southern Kashmir abducted 11 relatives of state policemen in retaliation to the detention of family members of three Hizbul Mujahideen militants, including Naikoo’s father Asadullah Naikoo.

In an audio clip released after the hostages were set free, Naikoo reportedly said, “We have tolerated a lot and will not allow this any longer. From now on, whoever becomes an obstacle in our struggle, his fate will be that of an enemy.”

The Jammu and Kashmir police said two militants were killed in a separate operation in Khrew area of Pulwama.

In a tweet, the police said a search operation was in progress.

Neither militants nor government forces have ceased their operations during the COVID-19 lockdown, which began in mid-March.

As many as 37 militants have been killed since, a police official said.