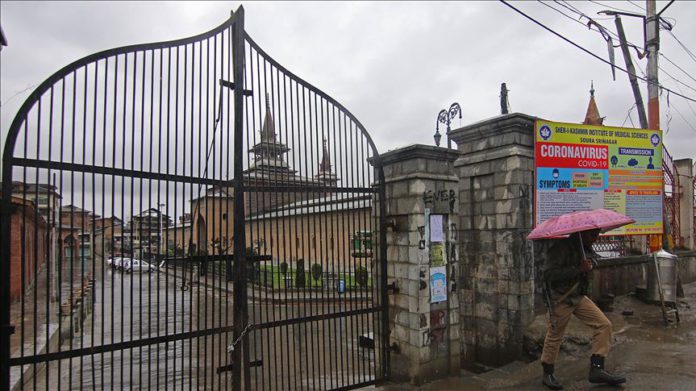 Fear of the COVID-19 pandemic has led authorities in Indian-administered Jammu and Kashmir to delay the 148-year-old practice of moving the capital to Srinagar in summers.

The region shifts capital twice a year — from Srinagar to Jammu in winters and back to Srinagar in summers.

Although the government has said the capital will stay in the hot plains of Jammu in summers because of the pandemic, experts say, it is a precursor to the plans divesting Srinagar, its capital status and to further disempower Muslim majority region of Kashmir Valley. Srinagar in the main city of the region.

Last week the High Court in the region had also expressed reservations at the practice of shifting capitals after every six months. The court has observed that the tradition locally known as Darbar Move, entails the loss of many working days and money to the public exchequer. The court has called for documents for further hearing and judicial review of the case.

According to an order issued by the administration, the Darbar will open in Srinagar on June 15, as opposed to its scheduled opening in the first week of May.

Speaking to Anadolu Agency, Abdul Ahad a historian said the custom is linked to the economy, culture, and mutual tradition shared by people of the region over the past more than a century.

“You cannot change it in one go, there is a history attached to it. For the interest of one community, you cannot sacrifice the interests of other communities. This will be sheer injustice if done so,” Ahad said.

The centrally administered territory of Jammu and Kashmir comprises two regions with Jammu having 62.55% Hindu population and Kashmir Valley with 96.4% Muslim population, according to the 2011 Indian census document.

The biannual shifting of capital or Darbar Move was introduced by Hindu monarch Maharaja Gulab Singh in 1872, to avoid the harsh weather conditions in both the regions.

British had begun this practice in India in 1864 when they decided to move the capital of the then United Indian province of Punjab to the hills of Shimla in summers to avoid seething temperatures of plains.

When the British shifted the national capital of India from the eastern city of Kolkata to New Delhi in 1931, they also declared Shimla federal summer capital.

In January 1987, the then Prime Minister of India, Rajiv Gandhi had asked the then Chief Minister of Jammu and Kashmir region, Farooq Abdullah to stop the practice and make Srinagar a permanent capital.

But the move invoked strong public reaction in the Jammu region.

Legal experts say, since Darbar Move has attained a convention and was purely a policy decision, the court’s interference was legally unsustainable.

Shafkat Nazir, a lawyer told Anadolu Agency that the administration has already halted the shifting of capital till June 15 given the COVID-19, the interference of the court on the issue is now unwarranted.

“The court’s order cannot run over the executive when it is purely a policy decision,” he said.

Another lawyer Tariq Ahmad Lone has applied to court challenging the judicial review of the Darbar Move.

He said that the court has made up its mind for a judicial review to cancel or suspend Darbar Move which is evident from the observations of the court.

“If such a decision is taken by the court to keep the capital at one place, it will infringe rights of people in another region,” Lone told Anadolu Agency.

Jammu and Kashmir is held by India and Pakistan in parts and claimed by both in full. A small sliver is also held by China.