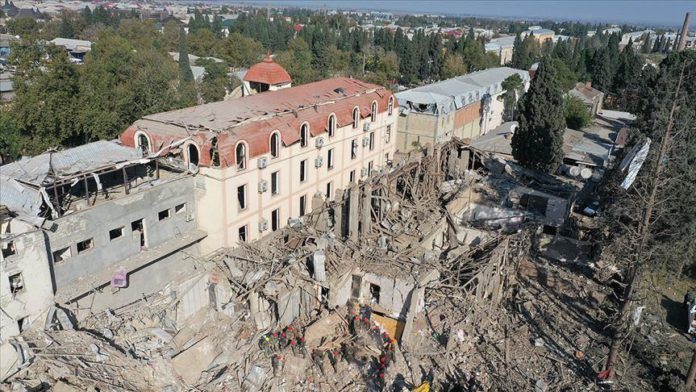 The Azad Kashmir Legislative Assembly on Wednesday passed a unanimous resolution condemning Armenian aggression, and expressed solidarity with the people and the government of Azerbaijan.

A letter of support was sent separately to Azerbaijan’s ambassador in Islamabad on Thursday.

Fighting began as a consequence of wrong claims by Armenia, it said, and thanked Baku for supporting Kashmiris at the Organization of Islamic Cooperation (OIC) and other world forums.

Relations between Azerbaijan and Armenia have been strained since 1991 when the Armenian military occupied Upper Karabakh, an internationally recognized territory of Azerbaijan.

New clashes erupted on Sept. 27, and since then Armenia has continued attacks on civilians and Azerbaijani forces. This is despite a Moscow-brokered humanitarian truce reached last week for the exchange of prisoners and retrieval of bodies.

Meanwhile, the resolution also criticized Israeli forces for carrying out atrocities against Palestinians, and expressed solidarity with those living under occupation.

India and Israel are common enemies of the Muslims, and Muslim countries should work together to thwart the US and Israeli pressure and support the cause of Palestine and Kashmir, the resolution said.

Church of England failed to protect kids from sex abuse