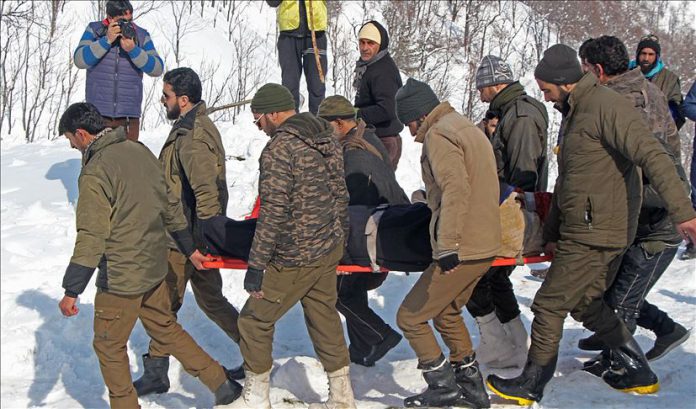 Four Indian soldiers were killed — three in an avalanche and another in a blizzard — in two northern Kashmir areas, an army official said.

Three soldiers were buried in their post after being hit by an avalanche in the Tangdhar area of Kupwara district, which is close to the Line of Control with Pakistan-administered Kashmir, also known as Azad Jammu and Kashmir, army spokesperson Col. Rajesh Kalia said in a statement.

Another soldier died when an army patrol was caught in a blizzard in Gurez area in Bandipora district, the statement reads.