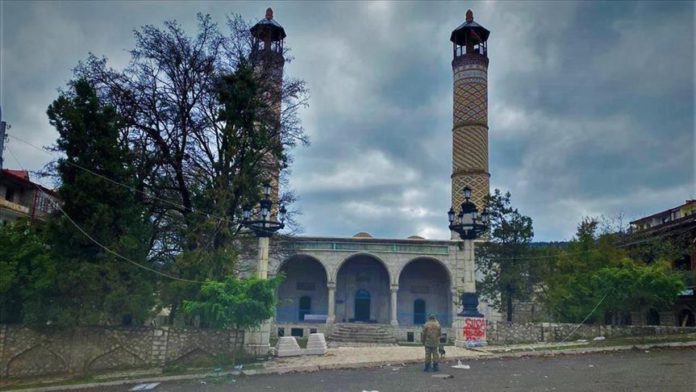 Mosques in the Nagorno-Karabakh region’s symbolic city of Shusha called local Muslims to the weekly Friday Prayer for the first time in nearly three decades.

The call to prayer, known as the adhan, first rang out of the historical Yukhari Govhar Agha Mosque, with Azerbaijani soldiers converging on the building to perform their prayers.

Azerbaijani President Ilham Aliyev announced on Nov. 8 that Shusha had been liberated from Armenian occupation after clashes broke out on Sept. 27.

“After 28 years, the adhan [call to prayer] will be heard in Shusha,” said Aliyev, donning a military uniform, in an address to the nation.

Turkey welcomed the truce, which resulted from Baku’s military successes against Yerevan.