TurkishPress
Home News Karabakh as much our issue as Azerbaijan's: Turkey 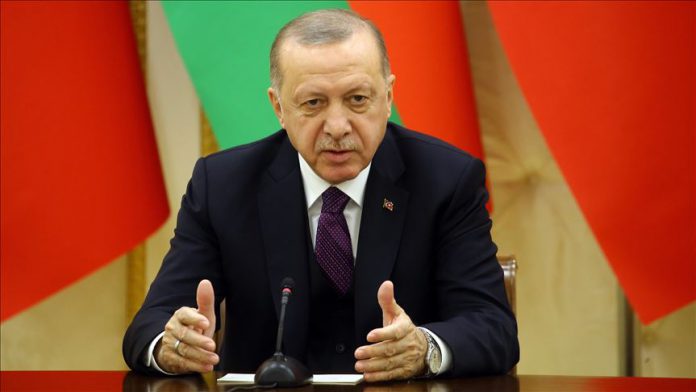 Turkish President Recep Tayyip Erdogan said Tuesday the Upper Karabakh is as much Turkey’s issue as it is Azerbaijan’s.

“It is our greatest desire to resolve the problem of Upper Karabakh on the basis of Azerbaijan’s sovereignty and territorial integrity,” Erdogan said at a joint news conference with his Azerbaijani counterpart Ilham Aliyev.

He said the railway connecting Turkey to Azerbaijan’s autonomous region of Nakhchivan, which is surrounded on the east and north with rival Armenia, holds great strategic importance.

Praising the brotherly ties between the two countries, Erdogan said: “We will boost the trade volume [with Azerbaijan] to

Read more: Karabakh as much our issue as Azerbaijan's: Turkey