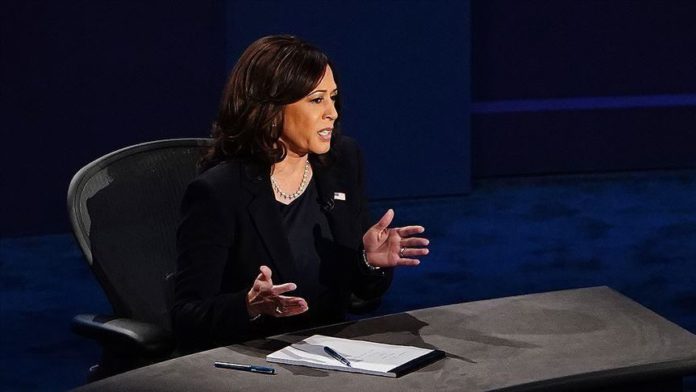 Kamala Harris has become the first woman, and the first Black, and Asian American to be the US vice president-elect.

The 56-year-old was born in Oakland, California, to two immigrant parents – an Indian-born mother and Jamaican-born father.

Her win, along with US President-elect Joe Biden, has delighted her relatives in India.

“She is my niece and we are obviously happy. The entire family is happy… we are on top of the world,” Sarala Gopalan, Harris’s aunt, told Anadolu Agency over the phone from the southern Indian city of Chennai on Sunday. “I haven’t managed to talk to her yet because she must be busy there. But I will talk to her soon.”

Her maternal uncle Gopalan Balachandran, who lives in New Delhi, said he was always hopeful for Biden and Harris’s victory.

“I am proud and happy. I was confident that she would emerge victorious. I told her that you are going to win,” he said, adding that he believes the new US regime will continue to strengthen its relationship with India.

Meanwhile, people in Harris’s ancestral village of Thulasendrapuram in the southern state of Tamil Nadu are also overjoyed.

Villagers celebrated the success by bursting crackers and distributing sweets in the morning.

J. Sudhakar, a local from Painganadu, located close to Thulasendrapuram, told Anadolu Agency over the phone that people are excited, and “it is a big day for all of us here.”

“My heartfelt congratulations to @JoeBiden who has been elected as the 46th president of the United States. I’m extremely glad that @KamalaHarris is the first woman to be elected as the Vice President of US. She has made TamilNadu proud with this astounding victory. #BidenHarris2020,” he tweeted.

Indian President Ram Nath Kovind said he is looking forward to working with the new US administration.

“My sincere felicitations to Joseph R. Biden on his election as President of the United States of America and @KamalaHarris, as Vice President. I wish @JoeBiden a successful tenure and look forward to working with him to further strengthen India-US relations,” he wrote on Twitter.