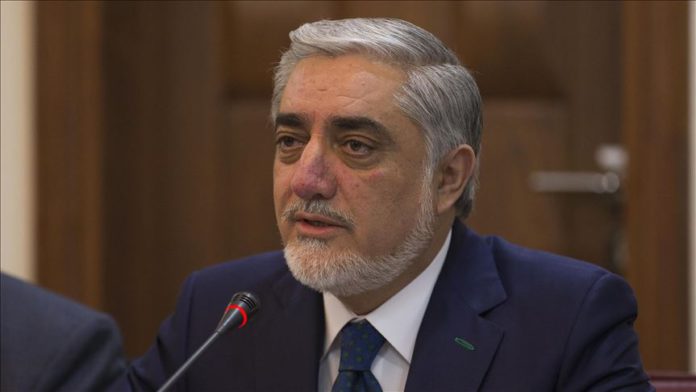 The Afghan government and the Taliban formed on Sunday working groups to take dialogue forward, a day after they began their first direct talks to end nearly two decades of fighting.

Abdullah Abdullah, chairman of the High Council of National Reconciliation of Afghanistan, told a press conference in Doha, Qatar that both Kabul and the insurgents could emerge as “winners” by keeping the door of negotiations open.

He argued for a “significant” reduction in violence, followed by a temporary, and an eventual permanent cease-fire.

“It would be miscalculation to think that causing more casualties would make people more hopeful about peace. Increasing the casualties is not a solution,” he said.

The Afghan government’s top negotiator, Mohammad Massoum Stanikzai, said the two sides have reached “some primary agreements” on moving to agenda-setting and principles for in-depth negotiations.

“So far, the contact groups have not met. When the two groups sit together, they will pave the way for a meeting of the negotiating teams,” he said in a series of tweets in Pashto language.

The landmark intra-Afghan peace talks in the Gulf state follow a US-Taliban deal reached in February. The two sides are aiming for political reconciliation and an end to decades of violence.

They will be tackling tough issues, which will include the terms of a permanent cease-fire, constitutional changes and power sharing.

US Secretary of State Mike Pompeo told the inaugural session on Saturday that democracy has worked best for the US and many other nations, but “no one size fits all.”

He, however, added that the scope and size of future US assistance to Afghanistan is conditional to the future “choices and conduct” of Afghans.

“So I cannot strongly enough urge you: Seize this opportunity. Protect this process. Respect each other. Be patient.”

Turkish Treasury to repay $21.35B debt in January-March