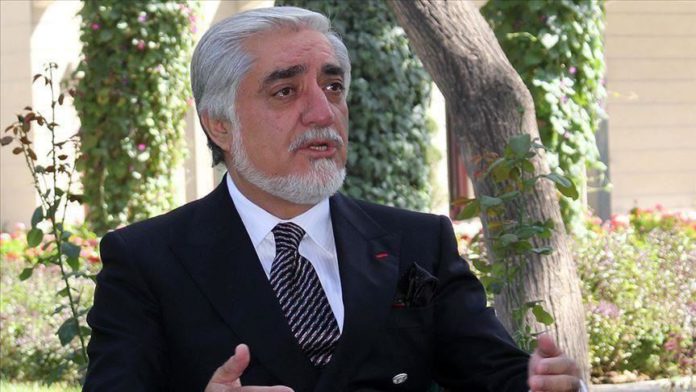 The chairman of Afghanistan’s High Council for National Reconciliation on Tuesday said Kabul is ready to make “compromises” to make the ongoing peace talks with the Taliban a success.

“The start of negotiations between the Afghan government and the Taliban is an important opportunity and offers the best hope to put the war behind us. We have asked our negotiating team to be patient and be ready to make compromises,” Abdullah Abdullah told a seminar at the Institute of Strategic Studies in the capital Islamabad, the state-run Radio Pakistan reported.

He arrived in the Pakistani capital on Monday on a three-day visit to discuss the ongoing intra-Afghan dialogue, which began in Doha, Qatar earlier this month.

The talks are at an early stage, with both sides trying to agree on the rules of engagement and agenda.

The Afghan government wants the Taliban to agree on a permanent cease-fire, a demand so far resisted by the group. Islamabad’s influence over the Taliban is viewed as crucial for peace in the neighboring country.

Accompanied by a high-level delegation, he will call on Pakistan’s President Arif Alvi, Prime Minister Imran Khan and other top officials during his maiden visit as Kabul’s top peace negotiator.

Hailing Pakistan’s “important” role in facilitating a stop-and-go Afghan peace process, Abdullah said his country will not allow any terror entity to pose a threat to any other nation — a reference to Pakistan’s regular complaints regarding attacks from the Afghan side of the border.

“Both Pakistan and Afghanistan have paid a heavy price by facing various terror groups that are still acting as spoilers. We need to cooperate against such elements.”

Pakistan and Afghanistan, he said, are facing common threats and challenges, including terrorism, extremism, intolerance and the coronavirus pandemic.

“There is a huge untapped security, political, economic potential for cooperation between the two countries,” he argued, calling for enhanced interaction for a more peaceful and prosperous coexistence.

He thanked Islamabad for hosting nearly three million Afghan refugees for over three decades, saying Kabul would do everything for their dignified return.

Terming the direct talks between Kabul and the Taliban a “unique and historic” opportunity for peace, Qureshi said a cease-fire followed by reduction in violence is a necessity for peace.

“Pakistan respects the sovereignty, independence and territorial integrity of Afghanistan. Pakistan will accept the will of the people of Afghanistan,” Qureshi said, adding that Islamabad has no favorites in Afghanistan, and does not want to meddle in its internal affairs.

In return, the Taliban pledged to prevent terrorist groups from using the Afghan soil for attacks, and promised to seek reconciliation with other Afghan groups through a dialogue process.
Islamabad also facilitated the landmark first round of direct talks between the Afghan government and the Taliban in Pakistan in July 2015.

It was further hampered by the killing of Omar’s successor, Mullah Akhtar Mansoor, in a US drone strike on the Pakistan-Afghanistan border in 2016.