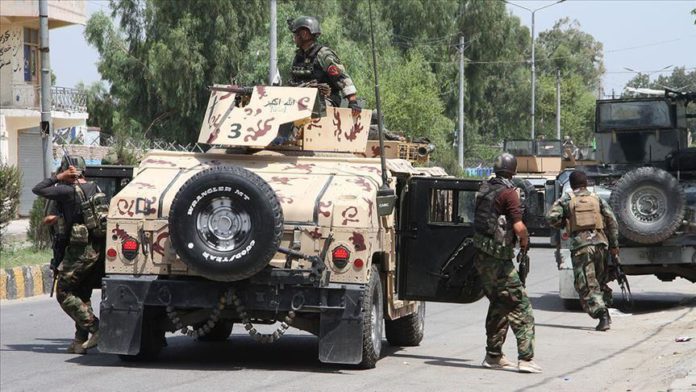 Afghanistan on Sunday claimed killing the deputy head of Al-Qaeda for the Indian Subcontinent (AQIS) in a security operation.

The ‘No. 2 of al-Qaeda’ in the Indian Sub-Continent, Abu Mohsin Al-Misri, was killed in the central Ghazni province, some 150km south of the capital Kabul, the National Directorate of Security, Afghanistan’s intelligence service, said in a statement.

“The Taliban must prove to the Afghan people, the government and the international community through actions that they will sever ties with all terrorist networks and groups, including Al Qaeda, renounce war and violence, and accept a permanent cease-fire to ensure lasting and dignified peace in the country,” he said in a statement.

In line with the landmark peace deal with the US, which was signed this February, the Taliban have pledged to cut ties with all terrorist groups, including al-Qaeda.

In return, the US committed to withdraw all foreign forces from Afghanistan by July 2021.

Intra-Afghan dialogue to reach a political settlement, and end the 19-year-long conflict in Afghanistan continues in Doha, Qatar.

The Afghan government wants the Taliban to agree on a permanent cease-fire, a demand which so far has been resisted by the insurgent group.