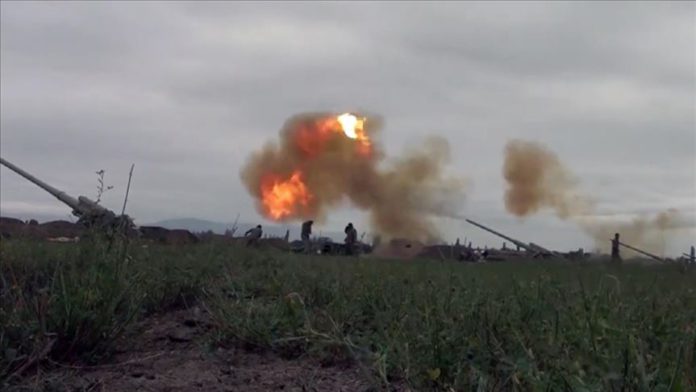 Afghanistan has joined growing international calls for an end to Armenian occupation in the Nagorno-Karabakh region.

The Ministry of Foreign Affairs in a statement on Monday called for a cease-fire and urged the parties involved to resolve the long-standing crisis peacefully.

Kabul expressed its concerns on the continuing clashes and regretted the human and material losses as a result.

Relations between the two former Soviet nations have been tense since 1991 when the Armenian military occupied Upper Karabakh, or Nagorno-Karabakh, an internationally recognized territory of Azerbaijan.

The EU, Russia, and NATO, among others, have also urged an immediate halt to fighting along the frontier.