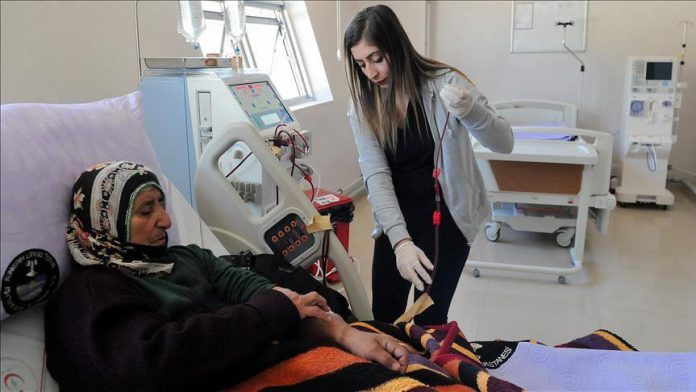 A German-born Turkish footballer Emre Can donated a dialysis machine to a hospital in Turkey’s eastern Bingol province on Monday.
Can, born in Frankfurt to Turkish parents, decided to donate the machine to the hospital after he learnt about his ailing neighbor Aysel Onuc, 54, who cannot spend summertime in her hometown Kigi due to unavailability of a dialysis machine.
Italy’s Serie A Juventus’ player contacted local authorities in Bingol to donate the machine to a state hospital in the district.
Speaking to Anadolu Agency, Murat Baynal, deputy manager of Bingol State Hospital, said Can reached out to him for the