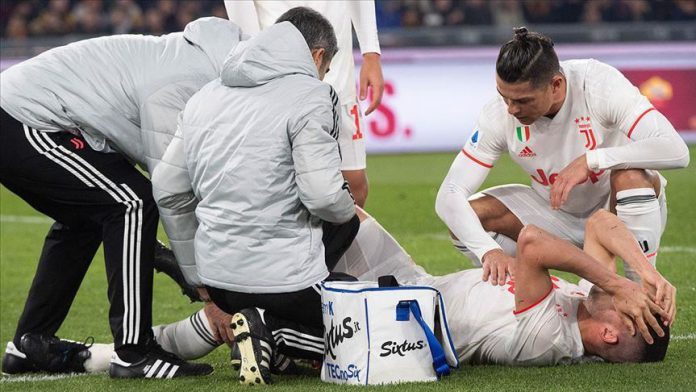 Juventus’ Italian head coach Maurizio Sarri said in press conference late Sunday that Demiral could have a serious injury but they should wait for the Monday’s medical checks.

Demiral flicked the ball into Roma net in the third minute at the Stadio Olimpico (Rome Olympic Stadium) to give Juventus an early lead.

The Turkish international had to quit the game in the first half after suffering from knee trouble.

After the game he left